Gov’t to shore up preservation of intangible heritage 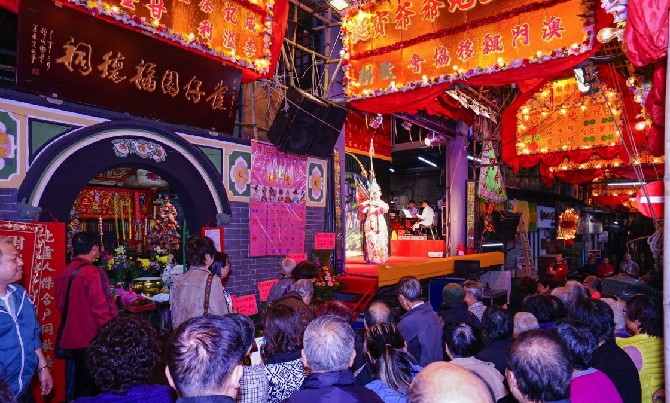 The Cultural Affairs Bureau (IC) has vowed that authorities will soon step up efforts to preserve and publicize the city’s heritage listings under the fifth batch of the National Intangible Cultural Heritage Representative Project List.
On June 10, China announced the results of the fifth batch of the National Intangible Cultural Heritage Representative Project List, which saw the addition of three Macau elements: Patuá-language Theatre, Macanese gastronomy, and local folk culture – namely the rituals and beliefs related to the God of Earth (God Tou Tei). This brings the total number of Macau’s items on the List to 11.
Of the 11 items, “rituals and beliefs” is the only item that has not yet been designated by the IC onto Macau’s List of Intangible Cultural Heritage, a representative of the Research and Planning Office at the Cultural Heritage Department of the IC, Wu Sio Chun, told TDM.
He pledged that the authorities will conduct studies on whether to incorporate this element in the local list, in accordance with the law.
Locally, the List of Intangible Cultural Heritage, nominated by the IC, contains 12 items, 10 of which are already included in the national List.
The two not on the national list, Procession of the Passion of Our Lord the God Jesus, and Procession of Our Lady of Fátima, are now being considered by the IC. If they are deemed eligible, authorities will nominate them in the application for the national List.
The current challenges faced by the IC on the intangible cultural heritage projects are the inheritance of legacy and community participation, Wu added.
In view of this, the IC will continue to conduct investigations tracking how intangible heritage is passed down. This way, authorities will be in a position to provide swift assistance to ensure that they are being preserved and inherited more effectively.
The national was unveiled by the State Council of the People’s Republic of China for the first time in 2006.
Macau currently has a total of 11 heritage items included in the national list. Apart from the three aforementioned heritage listings added this year, the eight others are: Cantonese opera, herbal tea making skills, wood carvings, Taoist ritual music, Feast of the Drunken Dragon, Nanyin Rap, Mazu beliefs and customs and Nezha beliefs and customs.