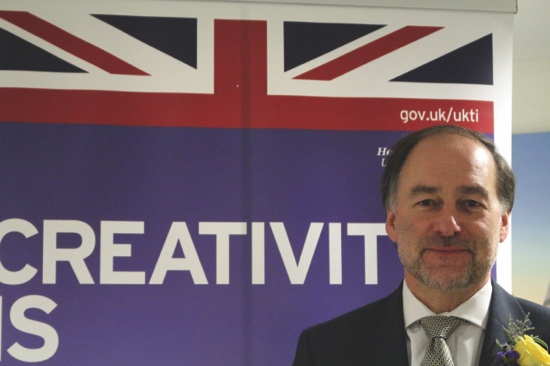 Graham Colclough is a British city planning specialist and city transformation expert, who was invited last week by the Macau government to be the keynote speaker at the Smart City Seminar 2016, hosted at the Macao Science Center.
His presentation centered on how cutting-edge cities around the world are focusing on improving themselves through technology, data, urban planning and city resources all of which contribute to improve the quality of lives of their residents.
Taking the example of London, which “has made great improvements in terms of mobility over the last 15 years,” Colclough discussed what he terms the “vertical improvement” of making cities smarter, or enhancing the existing resources of the city.
The Times sat down with Colclough to find out whether he regards Macau as a ‘smart city,’ and what he thinks the MSAR should focus on in the near future.

Macau Daily Times (MDT) – What are smart cities and what does it means to transform into one?
Graham Colclough (GC) – The idea of transforming a city into a ‘smart city’ is about asking the question: how can you integrate systems within a city? We are no longer working in silos [within different areas of city planning], we are trying to understand how we can work across them. What are the characteristics that lead to this success? Leadership. Leadership doesn’t refer to the mayor of the city, it is a collection of community leaders and influential people.
At the same time there is a seeming contradiction between the two concepts that we are striving to achieve: standardization and innovation. We want to build a common framework that will allow for cross-sectional collaboration and input from the private and public sectors. [In Britain] the idea of British standardization is not new, but we can bring a new modern perspective to it.

MDT – How does Asia compare to leaders in Europe like London and Barcelona?
GC – Big cities are almost always on top in the comparison lists worldwide. It’s good in a sense that they [the cities], are competitive but not necessarily good that they compete. There are well over 200 indicators to calculate whether a city is doing well.
In Asia, ‘smart cities’ tend to focus mostly on technology, but our cities also have to be human cities. We have to remember that ‘smart’ is not the end goal in itself, it is the means.

MDT – What are your thoughts on making Macau ‘smarter’?
GC – I have already had a meeting with representatives of the tourism office. I think that the engine of the economy – tourism – can be changed to transform the experiences of tourists by engaging with them before they come and after they visit. We can find out what they want and optimize offerings.
We can also use data gathering and technology to analyze their spending behaviors and this may give us some insight. Another thought I had relates to the congestion issues, environmental concerns in such a small city, and Macau’s population density, which I believe is the highest in the world.
Imagine if we could make Macau the capital of autonomous cars? This would be a very ambitious objective, but it could be good for tourism, the economy and the environment. It might be difficult, but industry might come here to experiment [as a result]. In Macau all the decision-makers can be in one room at the same time. That can have a significant effect. That is why it is so much about leadership. But those are just my thoughts.

MDT – Does the region’s population density and scarcity of land pose a greater challenge than in other cities?
GC – Macau is indeed a city where space is constrained, but densification is actually happening everywhere right now so we tend to go up. (…) The world population has tripled in my lifetime. That has never happened before and will never happen again. What we should try to do is to make assets last longer. Whatever space you have you can always use it in a more efficient manner. Systemic thinking (like that) is absolutely key to the future of cities. But densification also leads to greater economic output as studies have shown.

MDT – Are there any cities that Macau should look to for inspiration?
GC – Every city and the context of that city is different.  Monaco might be worth considering because some things may be quite similar, but I wouldn’t suggest that Macau look at every state that is small. It should look to pockets of excellence in individual areas, wherever they are. We can all ask ourselves, ‘what can we learn from London in mobility?’, for example. Macau needs to set its own ambitions and deliver on these ambitions, but we can collaborate and build on our respective strengths.

MDT – Could Dubai be a meaningful comparison for Macau, given the preponderance of oil and gaming wealth, respectively?
GC – Dubai? Not sure. Gaming is not something that can last forever; it can turn on a dime. However, what is interesting about Dubai is that they use happiness as the top indicator of progress in their development. If smartness is the means, then happiness could be a very good goal. Macau might like to focus on this too. Happiness is something that everyone understands even if it is difficult to measure.

MDT – What do you see as the trend for future ‘smart cities’?
GC – I think that there is a long journey ahead of us. The world is urbanizing massively and the question is going to remain: how do you engage with people? There are certainly challenges in this area. We are probably going to see a lot more focus on localization and cities in the future will be more important than nation states. Daniel Beitler