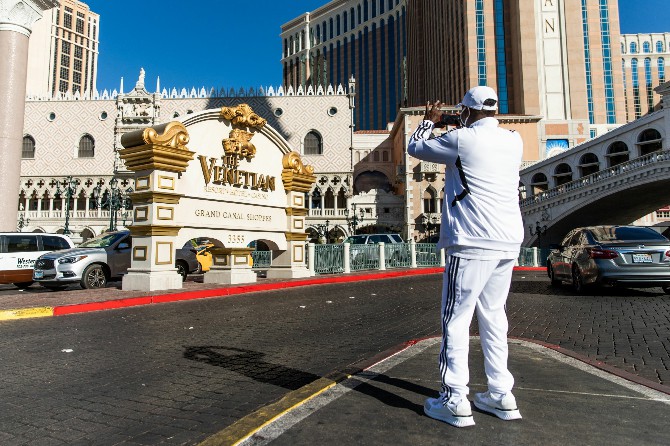 Former government gaming consultant David Green said in court Friday that the experience which the Las Vegas Sands Corporation (LVS) has gathered over the years — specifically in its operations in Las Vegas — carries greater weight in the consultancy team’s evaluation made regarding the company’s potential gaming concession than any of the partners who had joined forces with it at different stages of the tender.
Green was a former member of the consultant team hired by the Macau government to assess the bids for the first gaming licenses proffered under the gaming liberalization era.
Green testified as a defense witness for the three subsidiaries of LVS (the parent firm of local gaming operator Sands China), which has been sued in a lawsuit filed with the Court of First Instance (TJB) by the Asian American Entertainment Corporation (AAEC), headed by Marshall Hao.
At the TJB, last Friday, Green said that one of the tasks requested by the government was the evaluation of each bidder by the consultant team concerning their experience not only in gaming, but in other components of the integrated resort’s system that includes hotels, food and beverages, and other forms of entertainment.
He explained that the five-member team conducted in-depth research into both the corporate and personal history of the tender bidders, as well as the people heading each company.
Green said that the conclusions drawn in both the initial evaluation when LVS was partnering with AAEC, and the most recent, when the ties were severed and LVS joined forces with Galaxy Entertainment Group, were very similar or equivalent. They placed the focus on the experience of the LVS itself as an experienced operator, with less concern for the undertakings of their partners.
During the court session, Green explained that both the AAEC and Galaxy Entertainment Group-assisted bids were evaluated and classified with similar scores, emphasizing that the change of LVS’s partner did not significantly influence the outcome.
When questioned by both the judge and the defense lawyer, Green also said that the order for LVS to replace their partner in the tender came from government officials, and was authorized by the then secretary for Economy and Finance Francis Tam. Green noted that this was done “verbally.”
He also said that he did not recall if any documents that provided proof of the new partnership for LVS were given to the consultants’ team.
After that, the consultants’ team put forward a report to the gaming commission with the evaluation and ranks of the bidders, as requested, in February 2002.
Green noted that the submitted report went on to inform the commission’s final ranking, which he said raised the scores previously attributed to some of the bidders — namely Galaxy Entertainment Group, Sociedade de Jogos de Macau (SJM), and Wynn Resorts.
The final results were then announced a few days later.
Green is considered a key witness for the defense in the civil case filed by the AAEC, in which Hao’s company is claiming compensation amounting to an equivalent to USD12 billion (MOP96.2 billion). The claims are made on the grounds of the role the AAEC claims to have played ensuring in the granting of LVS’s casino operator license in Macau almost 20 years ago.
After the Covid-19 pandemic interrupted proceedings for several months, the trial resumed on Friday. Green purportedly flew in from Australia, undergoing quarantine in medical observation for almost a month in order to testify on the case.
The TJB will continue to hear from Green on the case, with the next session to be held this afternoon.

We correct | Clarification on the news article about the LVS lawsuit

In regard to the Macau Daily Times article titled “LVS to bring in David Green as key witness in multi-billion-dollar case” published on Friday, Oct. 8, in our newspaper, we clarify that David Green has never been an employee of Sands China Limited – as it was wrongly stated in said article. The correction was promptly made on our online edition, last Friday.
For this unfortunate but honest error, we sincerely apologize to Sands China Limited, Las Vegas Sands, Mr. Green and the readers.
David Green arrived in Macau on August 30. After a month-long quarantine, last Friday, he gave his testimony in regard to a lawsuit, filed in a Macau court, by Asian American Entertainment Corporation against Las Vegas Sands. PC