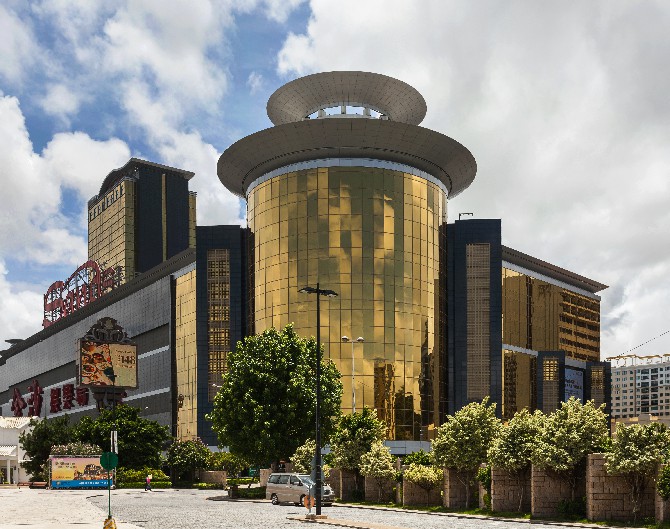 The vice president and chief financial officer (CFO) of Macau’s Sands China Limited, a local operating unit of Las Vegas Sands Corporation (LVS), Dave Sun Minqi, told the court last Friday that the amount claimed by Marshall Hao’s Asian American Entertainment Corporation (AAEC) is exaggerated and only based on the profits of the operations in Macau and does not take into account long-term investments made by the company locally, GGR Asia and TDM reported.
Called to testify as a defense witness in the case opposing the company led by Taiwan’s businessman Hao to local units of the American gaming company, Sun said that the amount being claimed from LVS, which is equivalent to over MOP96 billion, comes directly from the financial statements submitted yearly to the Gaming Inspection and Coordination Bureau by the gaming license holder and operator Venetian Macau Limited. It does not take into consideration other factors such as the investments made by the company in the Macau market, nor the depreciation and amortization costs, the same media reported.
The CFO argued that the compensation calculations did not take into account the company’s long-term capital investments in Macau, some of them are expected to be amortized over a period spanning over 30 or more years, a period that falls out of the current license term.
Sun also added that such calculation also failed to account for the interest paid by the gaming concessionaire and taxation-related items for its operations.
“Asian American Entertainment Corporation (AAEC) had also not considered the management fees which the Macau operating entity had to pay to the parent Las Vegas Sands, as well as the licensing fees and development fees over a percentage of project costs,” the executive was quoted as saying in media reports.
Questioned by the defense lawyer, Luís Cavaleiro de Ferreira, Sun also said that The Venetian Macao Limited has suffered, on numerous occasions, severe losses, including during the Covid-19 pandemic period and the global financial crisis between 2002 and 2004, and 2008 and 2009.
On the other hand, AAEC’s legal representative, Jorge Menezes, claimed that the calculation amounting to over USD12 billion is correct and that the estimation was made based on stated profits after amortizations and taxes.
Hao’s company is claiming the compensation on the grounds of the role the AAEC claims to have played ensuring the granting of LVS’s casino operator license in Macau almost 20 years ago.
The trial on this court case started in June this year, but was then interrupted for several months due to Covid-19 pandemic-related issues. A new break in the court sessions is now set to happen with the hearings of the last case witnesses being scheduled for mid-December.
This is because at least one of those witnesses is currently located in Canada, and has to undergo several travel procedures including quarantine and medical observation upon arrival in Macau, which will last for about one month.
A few other witnesses are due to be heard by the court through the written form, an unusual procedure especially authorized by the court due to the current Covid-19 situation.

Three lawyers
allowed to testify
The Court of First Instance (TJB) has decided that lawyers David Friedman, Fred Kinmonth, and Philip Millward are allowed to testify in the case that opposes Marshall Hao’s Asian American Entertainment Company to three operative units of LVS in Macau.
The lawyers had been called to testify by the defense but the claimant’s lawyer had appealed to the court for their impediment, claiming that the three lawyers had worked directly in the licensing process with both parties involved on this case.
Menezes also said that the lawyers’ testimony in the trial could involve the revelation of confidential facts and details which will breach the universal and professional trust pact of the relation between a client and his lawyer.
According to TDM, on Friday, the court greenlit the hearing of the three lawyers based on the fact that none of them are registered to perform legal duties in Macau.
The court also decided, regarding the defense concerns of the breach of confidentiality, that the defense may protest the inclusion of some of the statements from these witnesses in court when it considers the statements violate professional secrecy between the AAEC and their former lawyer.
Although all three lawyers had been directly involved with the process during the tender bidding and application for a gaming license, Friedman was, at the time, the legal representative of the partnership that joined AAEC and LVS.