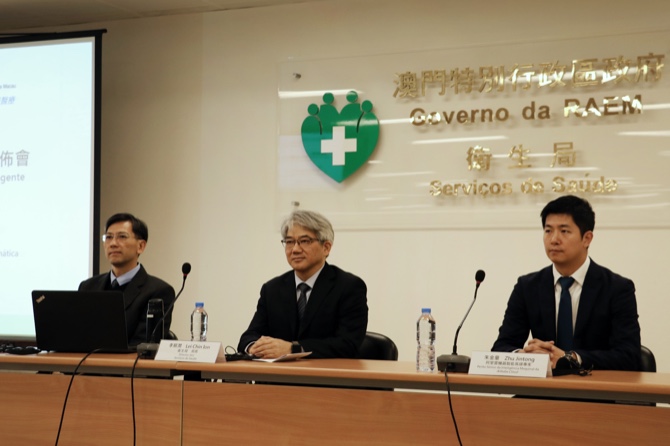 The first phase of the “Intelligent Medicine” program, which was established by the government as part of their “Smart City” plans to develop and improve local health care, has been completed. This lays down a foundation that will allow further development and “more visibility to the public,” said Leong Kei Hong, chief of the Department of Organization and Information of the Health Bureau (SSM) during a press conference yesterday.

When presenting the preliminary results of the program’s implementation, Leong said, “most of the works performed this year were related to the interconnection between the public and private sectors,” particularly data sharing between institutions, such as patients’ medical records and other important information that could facilitate diagnosis and treatment.

“This year’s outcomes are not very obvious to [the] public because [they are mostly] related to infrastructure that is very important for the future,” he noted. The SSM is currently working on a mobile application that “would allow citizens to perform several tasks and to have access to records of their medical appointments, exams and results, medicine prescriptions and vaccination records, for example,” he remarked.

As for work that is currently underway or already operational, Leong explained that it would allow for a great amount of statistics and comparative data to be collected, that “can help our leadership have a clear idea of the use of the hospital [and other health care facilities in Macau].”

When questioned by the media, Leong stated that one of the reasons the SSM is developing a mobile app is “data privacy.”

“We are coordinating the works and I think the government will launch it briefly, but we need to do many tests before launching it in order to assure the security [level] and privacy,” Leong replied.

In regards to the features and uses of the system currently in place, Leong noted that it allows data to be shared anonymously with external entities, such as other hospitals and healthcare centers, and organizes data into three indicators that allow the SSM to better manage its services and “define the risk [to] certain patients so we can follow up closely on some cases.” For the time being, there are also two large screens that display information related to the system: one to the general public located in the lobby of the Conde de Sao Januário Hospital Center, and another for internal use, “which provides real-time information on figures, attendance and other data that would allow us to respond to urgent cases, for instance.”

Director of the SSM Lei Chin Ion said earlier, during his initial presentation, “during this first phase that started in the beginning of 2018 and lasted until November 30, we have performed works in areas such as the digitalization of the health vouchers, the set up of the big data platform for the [medical system] of Macau and privacy protection. We hope that with the conclusion of works we can reach the three goals we proposed: unifying data from several services and entities, fulfilling the supply of information at the interdepartmental level, and improving health services, providing a better service and making it more convenient [for the public].”

In a response to the media, Lei said currently 20,000 people have voluntarily registered to use the eHR Pilot Program, which launched February 28, 2017.

As for challenges in the implementation of the program and system, the representative of Alibaba Cloud Systems, Zhu Jontong, noted that they are mostly related to the “many variants and many interfaces [in use by the different health services and departments in Macau] that are not unified,” he said. “The protocols among different institutions are not unified and they use different names and classifications, for example for diagnosis or treatment. [The Macau healthcare system] works like ‘isolated islands’ without any contact [between services or institutions],” he added, noting that the project aims to “combine the great power of the cloud to help institutions to improve their efficiency and capacity, making service more convenient and efficient for the public.” 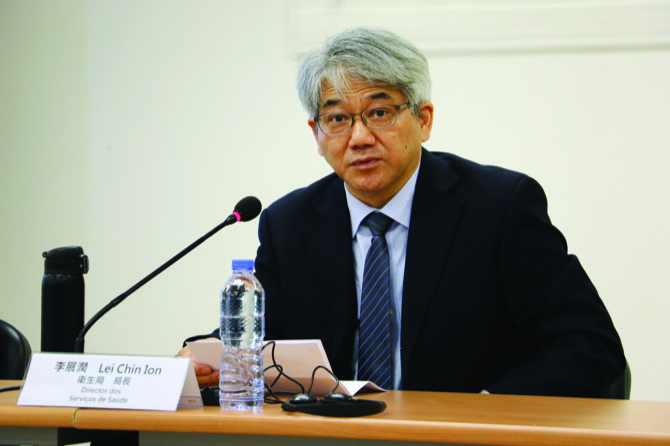 The Health Bureau (SSM) director, Lei Chin Ion, confirmed yesterday that the SSM has decided to postpone the construction of the dormitory building of the Islands District Medical Complex. According to Lei, “the complex has seven buildings, the most important [ones being] the medical building and the laboratory. The dormitory building is the kind of construction that can be built later, because it is only for the use of frontline workers when there is an emergency,” he said, adding that such a delay would have no impact on overall medical operation at the complex.

Gov’t to enforce a special ‘monitoring system’ for seniors 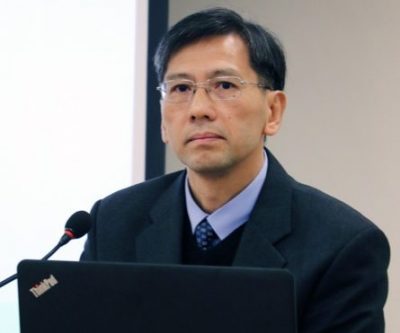 The Chief of the Department of Organization and Information of the SSM, Leong Kei Hong, said during yesterday’s press conference that the government is implementing a specially dedicated system that aims to monitor of the use of healthcare services and needs of the elderly.

“We have a special system just for the elderly [population] in which we can monitor the number of visits to hospital [or health care centers] as well as problems registered during those visits,” Leong said, adding that the SSM can also check in-depth data that includes “which departments or branches they use more, what kind of services they require, and in this way we can draft a plan [specifically dedicated] for the medical appointments of the elderly.”

According to the official, the same applies to “special diseases” like influenza and other infectious conditions, and emergency room visits, where services can “compare data per year and month… so we can analyze tendencies and perform a forecast [of the incidence of such diseases].”

In Leong’s words, the purpose is to allow the SSM to obtain the “full picture” of the situation in hospitals as well as in the health care centers so “we can also know which places are more overcrowded on external appointments so the leaders can also manage human resources better.”