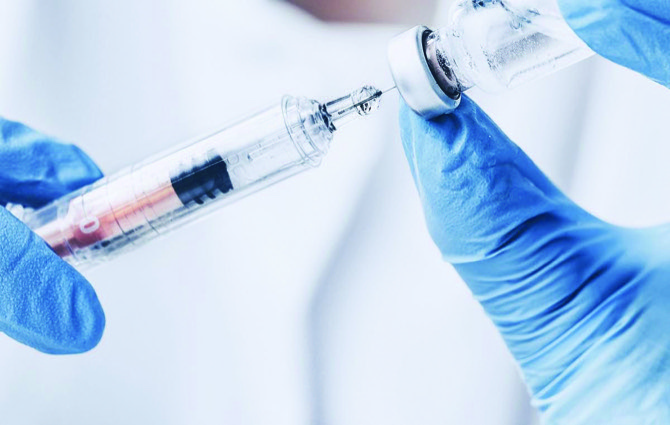 Another three cases of measles were reported this week, bringing the total number of cases in Macau to 23 since the beginning of the year – an eight-fold increase compared to last year.

The Health Bureau (SSM) announced in a statement that of the three new cases, two had contracted the disease from a patient who was the fifth imported case of measles, and that they are in isolation at the Clinical Center of Public Health.

One recent case involved a 47-year-old woman working as a croupier at a casino in L’Arc Macau, who had visited her relatives at Kiang Wu Hospital on the afternoon of March 6.

The second case was diagnosed in a 24-year-old woman living in the SAR, who had also gone to the outpatient clinic at Kiang Wu Hospital on the afternoon of March 6, while the third case was detected in a local teenager, aged 14, who is a student of Xin Hua School (Chinese section) and returns to Zhuhai every day after classes.

In a separate statement, the SSM clarified that no evidence has been found that points to failures on the part of Kiang Wu Hospital or its health professionals.

This comes after a physician working at the private hospital had recently treated a measles patient and then contracted the disease.

The bureau noted that health professionals have complied with all the guidelines and standards.

“It should be emphasized that measles infection can be transmitted through air, as it is a highly infectious disease. Sporadic cases occur where levels of infectivity are very high and therefore infection of health professionals [by] the public is unavoidable,” the SSM said in a statement.

The bureau said that there are clinical reports listing the existence of cases of re-infection even after effective vaccination in several areas of the world.

Additionally, on Tuesday, six further Hong Kong residents were reported to be infected with measles, bringing the number of cases in the neighboring region up to 26.

Nine of the Hong Kong cases involved airport and airline personnel – of which one was a pilot who had recently visited Manila, Singapore and Bangkok.

As cited in a report issued by the South China Morning Post, a top disease expert has warned that Hong Kong could face a second wave of measles infections.

Meanwhile, the Philippines is in the midst of a measles epidemic. More than 21,000 cases have been recorded this year and 315 people have died, according to media reports.

Last week, the director of Macau’s Disease Prevention and Control Centre, Lam Chong, urged employers of non-resident workers, especially workers from the Philippines and Vietnam, to vaccinate such workers against measles.  LV