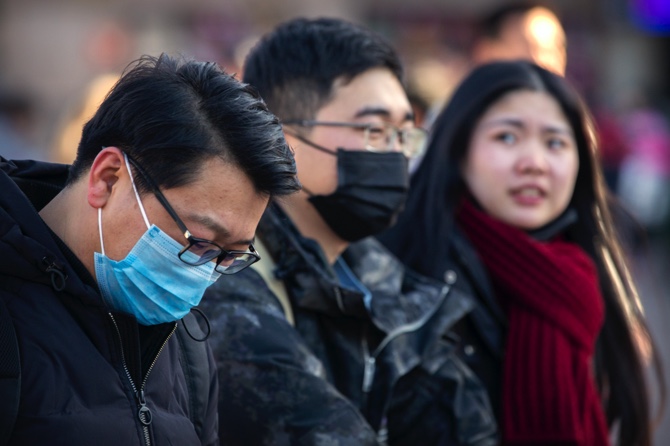 There were no new suspected cases of the new strain of coronavirus that originated in the Chinese city of Wuhan in Macau over the weekend, the locally-based Inter-departmental Taskforce on Pneumonia of Unknown Cause has said in a statement.

In the statement, the group responsible for reporting locally on the disease outbreak stated that no new suspected cases had been reported recently.

In the meantime, the mainland authorities have reported a third death from the mysterious virus, with nearly 140 new cases of infection recorded as the disease spreads from Wuhan to other parts of the country, including the capital city of Beijing, raising concerns about an even higher outbreak of the virus as millions begin traveling across China for the Lunar New Year.

Medical experts are still struggling to understand the characteristics of this new strain of coronavirus, but its similarity to the virus responsible for causing severe acute respiratory syndrome (SARS) is causing alarm.

SARS originated in Guangdong province in the early 2000s, spreading to Hong Kong and elsewhere in the world, infecting over 8,000 people and causing a death toll of almost 800.

Although no cases of infection have yet been reported in Hong Kong or Macau, reports of the new coronavirus reaching the outskirts of the Special Administrative Regions have begun, with the first reported case being a 66-year-old man from Shenzhen who was taken into quarantine on January 11, showing symptoms of the disease after visiting relatives in Wuhan, the provincial health commission said in a statement.

Over 200 people have been diagnosed so far with the virus in China, including two in Beijing’s Daxing district. In Wuhan, 170 people are still being treated in hospital, including nine cases of patients who are considered to be in a critical condition, the city’s health commission reported.

Chinese President Xi Jinping said yesterday that it’s “extremely crucial” to take every possible measure to combat the new coronavirus. His remarks come as the country enters its busiest travel period, when millions board trains and planes for the Lunar New Year holidays.

Five individuals in Beijing and 14 in southern China’s Guangdong province have also been diagnosed with the new coronavirus, state broadcaster CCTV reported yesterday evening. A total of seven suspected cases have been found in other parts of the country, including in Sichuan and Yunnan provinces in the southwest and in Shanghai.

Coronaviruses usually cause mild to moderate upper-respiratory tract illnesses, such as the common cold, but can also affect the lower respiratory tract, causing severe forms of pneumonia or bronchitis.