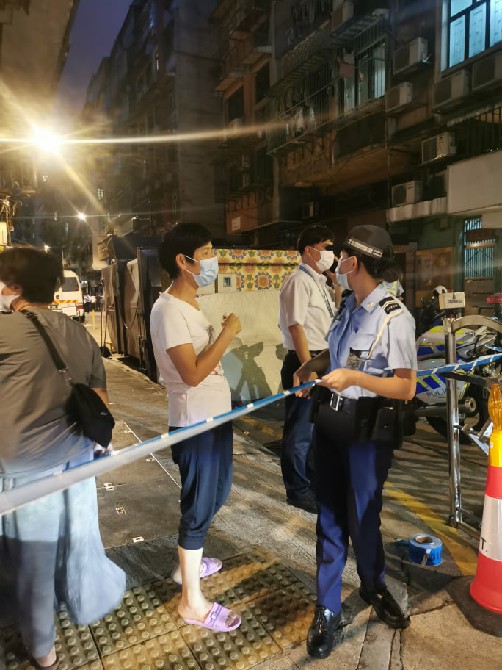 As of 3 p.m. yesterday, Macau entered “immediate prevention status” soon after the government reported that a family of four locals tested positive in the afternoon.
Given the cases, the government proclaimed that Macau is now facing an “extremely high” contagion risk within the local community.
To prevent the spread of Covid-19 in Macau, a set of mandates has been enforced, including the requirement for all people leaving Macau to present proof of a negative Covid-19 test result conducted within the 24 hours since yesterday afternoon and the classification of the residential building inhabited by the family as a “red-code zone.”
The officials have cordoned off the building. No residents are permitted to leave the area until they test negative for Covid-19 or until further notice. They will also have their health code changed from green to red.
It is suspected that the daughter of the family was the source of the group’s infection, Leong Iek Hou, coordinator at the Center for Disease Control and Prevention stated in yesterday’s Covid-19 media briefing.
The daughter went to Xi’an from Zhuhai via flight CZ3761, together with 29 other members, to engage in dance-related activities organized by Hou Kong Middle School on July 19.
It was found that the flight she took was associated with the two confirmed cases reported earlier in Zhuhai and Zhongshan, with both cases found to be connected with the mainland’s new Covid-19 epicenter at Nanjing Lukou International Airport, director of the Health Bureau (SSM) Alvis Lo said.
The daughter developed symptoms, such as coughing and loss of taste and smell, on July 22 in Xi’an, but had not sought medical treatment. She went to Zhuhai from Xi’an via flight CZ 3762 and returned to Macau on the same day: July 25.
On July 28, the son of the family developed a fever, and found himself losing his sense of taste and smell the next day.
It appears that the virus had been transmitted to their parents, the 51-year-old father and 43-year-old mother, who developed similar symptoms on August 1 and 2 respectively. All four family members have tested positive for Covid-19.
The SSM identified the daughter as an imported case, whilst the other three family members as cases associated with the imported case.
The father works as a driver for the Health Bureau, mostly working at the Seac Pai Van Clinic and Coloane Health Clinic, while the mother works in a fruit stall at Rua da Emenda.
The government identified 29 other members of Hou Kong Dance Group, three other staff members in the fruit stall where the mother worked, and six others who underwent Covid-19 testing at the same time as the parents in Zhuhai as close contacts of the family. The government is arranging Covid-19 tests for these individuals.
Henceforth, the city’s five Covid-19 test centers will operate on a 24-hour basis. The government calls on all residents who display symptoms to seek medical attention and be tested for Covid-19 as soon as possible.
When asked why the daughter was permitted to enter Macau even after developing symptoms, Leong said that the government is investigating whether she truthfully declared her health status upon arrival. The daughter claimed that she only had mild symptoms and no fever at the time, and recovered on July 27.
Although the parents are vaccinated, the officials did not specify which vaccine they received, while their two children are yet to be vaccinated.
The Public Security Police Force has begun reaching out to 29 members of Hou Kong Dance Group and arranging Covid-19 and serology tests for them at the Pac On Covid-19 test station.
As of last night, 18 members of the troupe tested negative after the nucleic acid test. They are, however, under medical observation.
The authorities call on anyone who took the same flights as the daughter (CZ3761 and CZ3762) to report themselves to the SSM.

Family’s whereabouts
Health officials have published the itineraries of the family over the past few days. The family were at Federal Restaurant on July 25 from 1 p.m. to 2 p.m. and at Ah Ga Restaurant from 6 p.m. to 7:30 p.m. on July 27.
Their son stayed at home most of the time but went to Wong Ieng Kuan Library in Luís de Camões Garden on July 26 from 1 p.m. to 3 p.m. The daughter claimed that after returning to Macau she has not gone out, except to dine out on the two occasions with the family.

Confidence in Health System
Alvis Lo stated that the SSM has made plans, which have been partially enacted, to increase medical resources for the worst-case scenarios since last year.
Even if there are positive cases found among the close contacts of the family, the capacity of the local health care system is still sufficient to accommodate the new cases, he said. 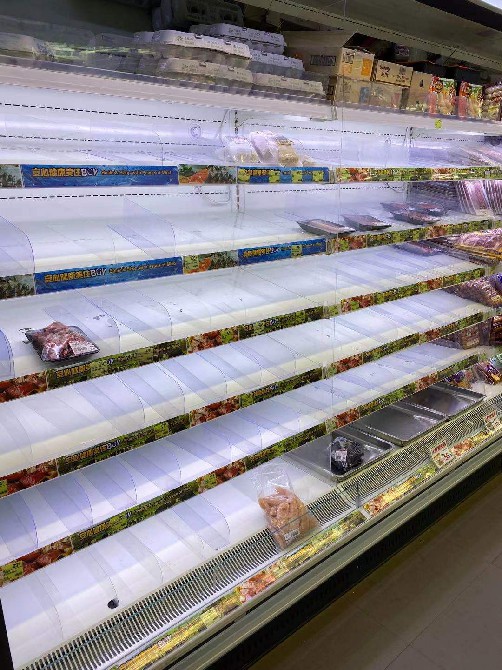 n the severity of the current situation, the government has again designated two hotels, Metropole Hotel and Sheraton Grand Macao, as quarantine facilities today and tomorrow, which will offer 112 and 2,000 hotel rooms, respectively.
A local water tour as part of the MGTO’s domestic travel scheme “Stay, Dine and See Macao,” which was originally scheduled to set sail yesterday night, was also canceled.
Hordes of people flocked to supermarkets to purchase supplies since the announcement. The authorities urged the public not to stockpile goods as local food supplies are still adequate.
Since the government announced that all people must present negative Covid-19 test results obtained within 24 hours upon departure, many commuters flooded to the control points, queuing at nearby Covid-19 test stations in order to cross the border.
Since yesterday, the Municipal Affairs Bureau (IAM) has deployed great resources to carry out large-scale disinfection works in certain high-risk areas, such as the family’s workplace and residential buildings.
Many offline government events have also been suspended following the discovery of the four new cases.