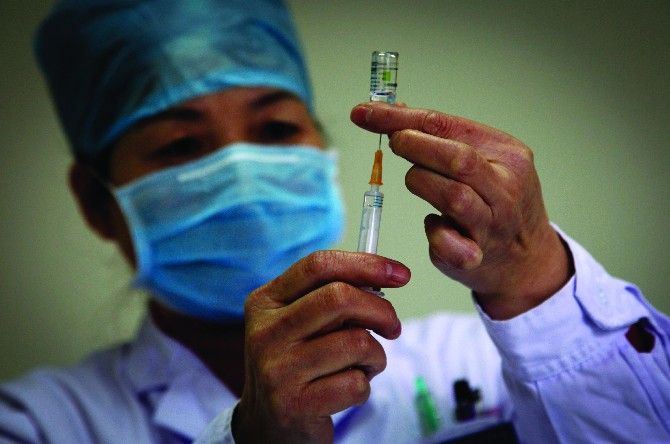 As of yesterday afternoon, Macau had recorded a total of eight cases of people who had both developed influenza symptoms and visited Wuhan City in China’s Hubei Province in the past 14 days. However, the territory’s Health Bureau (SSM) said that so far, the mysterious Wuhan pneumonia troubling parts of East Asia has not been detected in Macau.
Of the eight people received by the city’s medical institutions since the start of January, seven of them were diagnosed with an influenza-like viral infection or common cold, while just one remains in isolation.
Of the three new cases, all were Macau residents aged between 19 and 22 years. The two men and one woman had visited Wuhan before the symptoms had manifested. They said that they developed fever and a cough between January 1 and 4, however, upon testing, the presence of influenza virus was confirmed rather than pneumonia.
The person still in isolation is a 44-year-old tourist from Wuhan. A statement from the government said that although her situation is stable, doctors are currently awaiting the results of further testing before authorizing her release.
On Sunday, the government elevated the territory’s health threat to “Level III (Serious)”, following further reports of possible contamination in nearby regions. A similar measure was taken in Hong Kong, while mainland China and Singapore are also taking cautionary measures.
The outbreak, which emerged last month, has revived memories of the 2002-2003 Severe Acute Respiratory Syndrome (SARS) epidemic that started in southern China and killed more than 700 people in the mainland, Hong Kong and elsewhere.
The exact nature of the infectious disease has not been ascertained by health authorities, but it has been confirmed that it is not SARS, nor Middle Eastern Respiratory Syndrome (MERS).
Yesterday, the Macau government said it was receiving up-to-date information from the National Health Commission on the epidemic situation in Wuhan. Fifty-nine cases of viral pneumonia of unknown origin have been reported in the mainland city west of Shanghai (more on p11).
The director of Macau’s SSM, Lei Chin Ion, said last week that although viral pneumonia is a common infection in winter, the frequency of the reports stemming from Wuhan should be considered an abnormal situation.
In Macau, the six gaming concessionaires have started to measure temperatures of visitors at different casino entry points, as earlier requested by the Gaming Inspection and Coordination Bureau. The bureau said it has supported companies in the purchase of equipment, which is expected to be installed progressively as they were acquired in large numbers at short notice.
Late last week, the SSM announced it had started screening passengers on flights from Wuhan with temperature control devices.
Since January 4, several government departments have implemented new measures aimed at detecting the presence of the mysterious illness, including at Macau’s various border crossings, as well as in its schools and tourism facilities.
Frontline medical teams have been instructed to remain vigilant, promptly notify the authorities of suspected cases and take appropriate infection control measures. DB