Health warning raised to ‘serious’ in face of Wuhan scare 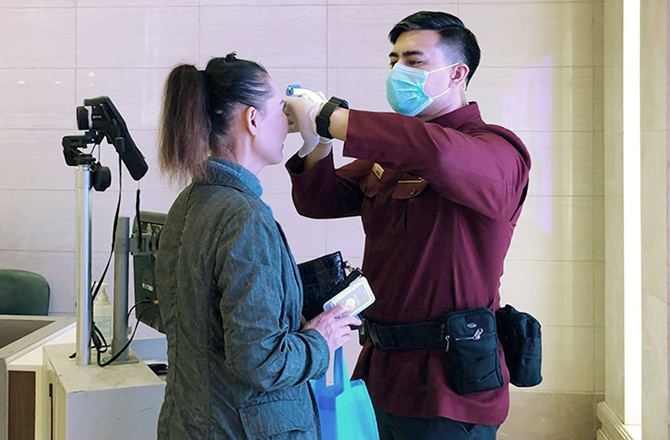 The government last night elevated the health threat of a mysterious pneumonia illness, following further reports of possible contamination in nearby regions.

The health threat now stands at “Level III (Serious)”, meaning that the risk of threatening situations is “medium”, according to a statement from Macau’s health authority. The warning warrants the “strengthening of prevention and control measures immediately,” instructed the Health Bureau (SSM).

Since the start of the year, the SSM has detected five cases of individuals with a suspected or confirmed viral infection, who had been to Wuhan City in the 14 days prior to the onset of symptoms. However, the SSM stressed that, as of last night, Macau had not reported any cases of the Wuhan-related “pneumonia of unknown origin.”

Meanwhile, Hong Kong health authorities said yesterday that the city had detected eight possible cases and activated its own “serious response” warning. At least 44 people are believed to have contracted the illness in Wuhan, an inland city west of Shanghai, with 11 cases deemed “serious.”

The director of the SSM, Lei Chin Ion, said last week that although viral pneumonia is a common infection in winter, the frequency of the reports stemming from Wuhan should be considered an abnormal situation.

The exact nature of the infectious disease has not been ascertained by health authorities.

The outbreak, which emerged last month, has revived memories of the 2002-2003 Severe Acute Respiratory Syndrome (SARS) epidemic that started in southern China and killed more than 700 people in the mainland, Hong Kong and elsewhere.

In Macau, the elevation of the threat level was decided at a meeting convened yesterday by the Secretary for Social Affairs and Culture, Ao Ieong U, in order to evaluate the threat of the pneumonia believed to have originated in Wuhan, capital of China’s Hubei Province.

At the meeting, representatives of the Public Hospital Conde São Januário and the Center for Disease Control and Prevention presented the control measures currently in force, and recommended future disease monitoring mechanisms to be employed by the various governmental agencies of Macau.

Among the many measures agreed at the meeting, it was noted that the security entities of the Public Security Police Force and the Unitary Police Services would render their assistance to the SSM in implementing isolation measures and improving response mechanisms when infections are detected.

The Fire Services will now use a constant reporting mechanism to maintain close communication with the SSM, and make “preliminary preparations” with ambulance staff.

The Education and Youth Affairs Bureau has implemented a notification mechanism and treatment measures and has sent letters to schools, educational institutions and tutoring rooms to call for compliance with infectious disease prevention measures.

The tourism authority has pledged to strengthen contact with entities in the tourism sector and distribute updated SSM guidelines to frontline professionals so that they may better know how to deal with people who are unwell.

At the same time, the Gaming Inspection and Coordination Bureau will work to assist casinos to purchase body temperature detectors. It noted that some casinos have already purchased and installed such technology.

Also agreed at yesterday’s meeting was that the Social Welfare Bureau should inspect the temperature measurement equipment of all the social facilities in Macau and carry out immediate inspections should incidents be reported.

The Civil Aviation Authority will continue to assist the SSM in conducting temperature measurements for airport passengers and refining the relevant airport response protocols.

Late last week, the SSM announced it had started screening passengers on flights from Wuhan with temperature control devices.

Since January 1, 2020, the Health Services have evaluated 5 people who have been in Wuhan City for the past 14 days prior to the onset of symptoms. Four were diagnosed with a viral infection such as influenza or the common cold.

One new case, currently under investigation, involves a 44-year-old Macau resident who had traveled to Wuhan with her son between December 23 and 25 last year.

On the night of January 4, she was admitted to the public hospital for medical treatment because of respiratory problems. The SSM noted that the respiratory test result was negative, but the patient will nevertheless remain in isolation until further clinical examination can be performed. At present, her state of health is considered mild and she has not presented any pneumonia or other serious conditions.

The infection is also being monitored by the World Health Organization, which said it is in active communication with its counterparts in China, where an investigation is underway to determine the cause of the infection.

“China has extensive capacity to respond to public health events and is responding proactively and rapidly to the current incident in Wuhan – isolating patients, tracing close contacts, cleaning up the market, and searching for the cause and for additional cases,” the WHO said. 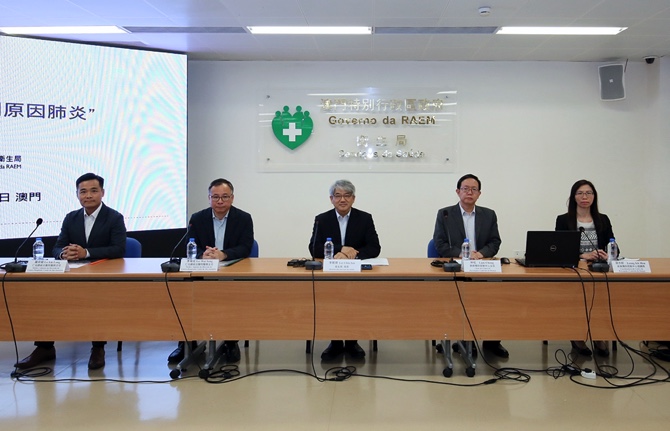 An aspect of yesterday’s meeting

In Wuhan, several of the infected were reported to work at a fresh seafood and produce market in the city, raising the possibility that the disease could be transmitted by animals.

The Wuhan seafood market, which has since been closed, also sold birds, pheasants, and snakes, along with organs of rabbits and other wildlife, said the University of Minnesota’s Center for Infectious Disease Research and Policy, citing media reports.

The animal connection has triggered concern about the potential jump of an unknown virus to humans – reminiscent of SARS. The Wuhan Institute of Virology didn’t respond to an emailed request for comment on the infectious source.

It’s not known whether a SARS-
like “coronavirus” has been identified, although there have been “numerous unsubstantiated reports mentioning a novel coronavirus that is SARS-like,” the International Society for Infectious Diseases’ ProMED-mail program wrote in an email, cited by Bloomberg. DB/Bloomberg