Hearing on Viva Macau voted down by AL 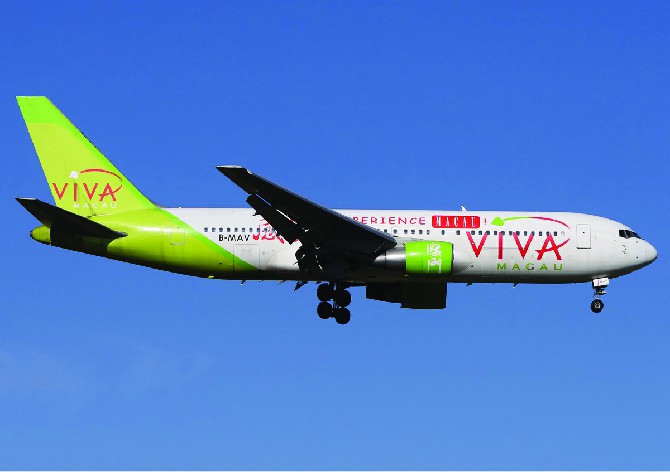 A proposal to hear former government high officials on the case of the unpaid loans of airline Viva Macau has been voted down by the majority of the lawmakers of the Legislative Assembly (AL).
In yesterday’s plenary session, 27 out of the 32 lawmakers voted against the proposal from lawmakers José Pereira Coutinho and Sulu Sou. The pair wanted to hold a hearing with several former government officials at the AL, as well as former administrators of the company, including the former Chief Executive Edmund Ho, former Secretary for Economy and Finance Francis Tam, several high-ranking Viva Macau officials, as well as staff members from the government’s Industrial and Commercial Development Fund (FDCI), the body that granted the loans.
The 212 million patacas granted to the airline across five different loans are still on the line, with the government never being able to retrieve the money after the company went bankrupt.
For Sou and Pereira Coutinho, it is important to hear from former officials and high-ranking administrators because a previous investigation report from the Commission Against Corruption (CCAC) “skipped” these important testimonies, which they say are crucial to ascertaining the truth.
“If CCAC did not hear the former Chief Executive Edmund Ho, the AL should do that work,” said Sou during the presentation of the justification to the plenary.
For Pereira Coutinho, the lawmakers are still addressing this topic because the government had previously failed to provide proper justifications.
“The government pleaded that it was due to the financial crisis [at the time] but there was no further explanation. We are still discussing this because the government refuses to give a clear explanation,” the lawmaker said, adding, “the purpose is to ascertain the truth. Many citizens in Macau wish to know and that is why we are insisting.”
Chan Chak Mo, Chan Wa Keong, Iau Teng Pio, and Vong Hon Fai were some of the lawmakers against the hearing. They explained their reasoning, saying that since a previous petition had been sent to the AL by the New Macau Association, which is being handled by the Second Standing Committee of the AL, it is more logical for the committee to decide on what actions they need to take to handle the case.
“This is a responsibility of the Standing Committee to request the information that the lawmaker Sou is now asking for. So I think there isn’t a need for a hearing, as the committee already has this competence that is being asked [for] in this proposal,” Chan Chak Mo said. This statement was immediately backed by Chan Wa Keong, who added, “The AL is not an investigative body, we should respect the work of CCAC.”
“Lawmakers that are not members of the Second Standing Committee should respect the work of the committee and present opinions in written [form],” Iau said. Meanwhile, Vong claimed to be voting against the proposal because “it has defects at the technical level,” explaining that “the objective stated is different of the one from a hearing. We are addressing the petition of the ANM that aims to review the law, while the hearing says it [is] to reveal details.”
Following the result of the vote, the idea of hearing former officials on the case has finally been put aside and is waiting for results from the Second Standing Committee’s analysis of the case.