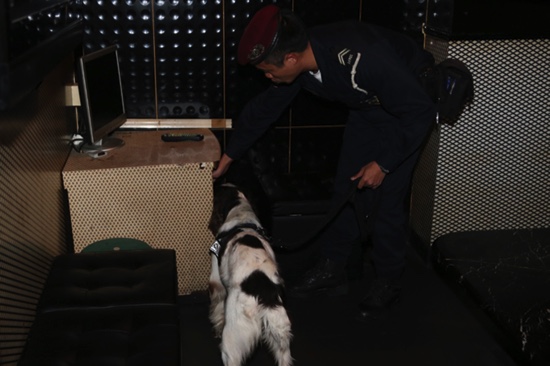 The revision of the law to fight drug trafficking and consumption will lead to heavier penalties for both crimes. The proposal was presented and approved yesterday by the Executive Council in an effort to make the territory’s law on such matters more in keeping with its neighboring regions.
Despite several examples coming from developed countries where anti-drug policies advocate the decriminalization of consumption in order to control the problem, Macau would appear to disagree with this position, as the local authorities seem intent to follow the examples of China and Taiwan.
“Compared to the adjacent regions, Macau has very light penalties regarding drug consumption crimes. In adjacent regions, penalties for such acts are much heavier. We are part of this environment and region so we must have something [a law] that better protects citizens,” said the Legal Affairs Bureau deputy director Leong Pou Ieng at an Executive Council press conference held yesterday.
The proposal would see the minimum prison term penalty for consumption grow from “up to three months” to a range of “three months to a year”.
Drug trafficking also sees the minimum penalty rise, passing from three to five years in prison, while the maximum limit would remain at 15 years of imprisonment.
Another new element includes the “possession of utensils or equipment that indicate drug consumption” being treated the same way as “drug consumption” – that is to say, within the same legal framework.
According to the explanation of the Legal Affairs Bureau deputy director, prison will help addicts to break the habit.
“They [the addicts] prefer to go to jail for less than two months and then leave. This type of punishment does not help them to abstain from drug use. If we increase the penalty for drug use, that is not intended to be a punishment. We intend to make sure that the offender has a meaningful opportunity to quit drugs.”
The bill that now goes to the Legislative Assembly (AL) also suggests the introduction of a limit on the amount of drugs considered “for private consumption”. If the limit of “the amount set as a reference for 5 days use” is exceeded, it should be immediately classified as a trafficking offense.
Another of the changes regarding the “drug law” is concerned with the obtaining of urine samples as “evidence” within certain establishments. In order to minimize offense during the collection process, the goal of this particular change is to restrict the collection of such evidence to cases where there is “strong evidence” of the “drug consumption crime”, provided that there is prior authorization from judiciary authorities.
This law review comes at a time when according to the most recent crime figures available for the first ten months of 2015 there is a significant decline in drug related crimes. In that time period, consumption fell 47 percent and trafficking fell 27 percent.

The Executive Council concluded the analysis of the bill that aims to “facilitate, in the future, judiciary assistance in criminal matters between the MSAR and other jurisdictions of China.”
According to the spokesperson Leong Heng Teng, the Criminal Procedure Code (CPP) already contains provisions on legal assistance in criminal matters between the local authorities and other Chinese jurisdictions, as well as the review and confirmation of criminal judgments made by external authorities.
However, the same official justified this bill due to the “significant increase in the number of cross-border crimes.” He argued that that law “lacked the regulation to ensure this cooperation.”
The draft law, comprising eight chapters and eighty articles all in the context of legal support and cooperation, covers the delivery of fleeing criminals, the enforcement of court decisions, the transference of convicted persons, and the transference of criminal proceedings, among other forms of collaboration in criminal matters.
When questioned by journalists, Mr Leong clarified that the decision on cases where assistance is require will be decided by the Court of Appeal.
The law also contains some exceptions, especially with regard to the dual criminal framework. Under this provision, an offense that justifies the request for assistance must be considered and punishable in both legislative frameworks.
Instances where “acts constitute crimes of a military nature or against the interest of national defense in China,” do not comply with this provision.
Similarly, if the crime in question is punishable with “death penalty” or “lifetime sentences,” the offender will not be transferred from the territory to a cross border location.
According to the statement of the Executive Council, since the law’s inclusion into the base agreement in 2006, the local authorities “have transferred more than 45 people sentenced to prison to serve their sentences in Hong Kong.”