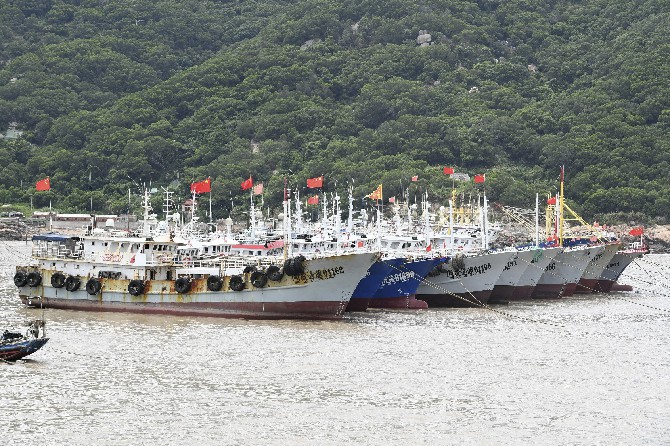 Heavy rains and high winds were hitting China’s eastern coastal region yesterday from a tropical storm weakening as it neared Shanghai.
The skies over the financial hub were overcast ahead of rain later in the day.
Hagiput was a typhoon with winds blowing up to 136.8 kilometers per hour at its center when it made landfall in Zhejiang province in the early morning. At noon, the tropical storm had winds of up to 108 kph and was moving north at around 25 kph, China’s National Meteorological Center said.
No major destruction or injuries have been reported. State broadcaster CCTV showed trees toppled in the Zhejiang city of Yuhuan.
In the major Zhejiang manufacturing center of Wenzhou, south of Shanghai, authorities reported evacuating 200,000 people to shelters and recalling more than 6,000 fishing boats to port. Waves along the coast were reported at heights of 4.2 meters.
This year’s typhoon season has been relatively mild in China, although flooding since June along its major river systems has caused scores of deaths, forced around 2 million people to be evacuated and caused more than 49 billion yuan ($7 billion) in damage. AP