Hengqin to have supporting role in Macau’s Lusophone charms 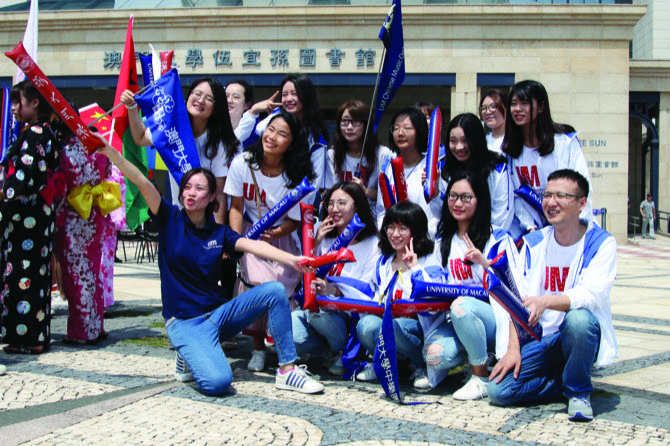 Portuguese- speaking countries will play a key role in the future of Macau, as outlined in the Greater Bay Area Plan of the Central Government of China, but Hengqin will also be involved.

The Greater Bay Area consists of the two SARs — Macau and Hong Kong — and nine cities in Guangdong province: Guangzhou, Shenzhen, Foshan, Dongguan, Zhaoqing, Jiangmen, Zhongshan, Zhuhai and Huizhou. With a gross domestic product of USD1.5 trillion in 2017, it is the most developed area of China, with the highest levels of foreign investment and per capita incomes.

Together with Hong Kong, Shenzhen and Guangzhou, Macau is one of four “key cities” and “core engines for regional development,” with its own designation as a tourism hub and platform for trade with Portuguese- speaking countries.

The Plan says Macau should establish itself as a training base for bilingual talent proficient in Chinese and Portuguese and help the tourism industry, but that neighboring Hengqin will also play an important part in this initiative.

The Plan also says that Macau should leverage its distinctive characteristics as a place where diverse cultures from both the East and the West have long integrated and co-existed, as well as expediting the development of cultural industries and cultural tourism to develop as a cultural exchange center between China and the Lusophone countries.

Another area of cooperation is trade and financial services. In detail, the Plan says that Macau should study the feasibility of establishing a platform for Sino-Lusophone financial services. “Macau should develop into a world-class tourism and leisure center, and a commerce and trade cooperation platform between China and Portuguese-speaking countries to promote an appropriate level of diversified economic development,” the Plan outlines.

Macau should essentially serve as an entry point for the Lusophone world into the mainland market, according to the Plan.

One important place for this is Hengqin, part of the neighboring city of Zhuhai. Beijing has designated it as a special area, with preferential policies not available in other cities.

“Hengqin should provide a pivot for Macau’s development of cross-boundary e-
commerce industries and facilitate the convenient entry of products from Portuguese-speaking countries into the mainland market via Macau. A proposal to give authority to Hengqin to issue residence permits to foreigners is under study.”

Students from Portuguese-speaking countries are an important part of higher education in Macau. The aim is to turn the Greater Bay Area into an international demonstration zone for education, bring in world-renowned universities and specialized colleges, and pursue the establishment of world-class universities and academic programs. The Plan wants to attract students from all over the world, including the Portuguese-speaking countries, and contemplates that universities in Macau may offer them the additional benefit of being able to take courses in Portuguese.