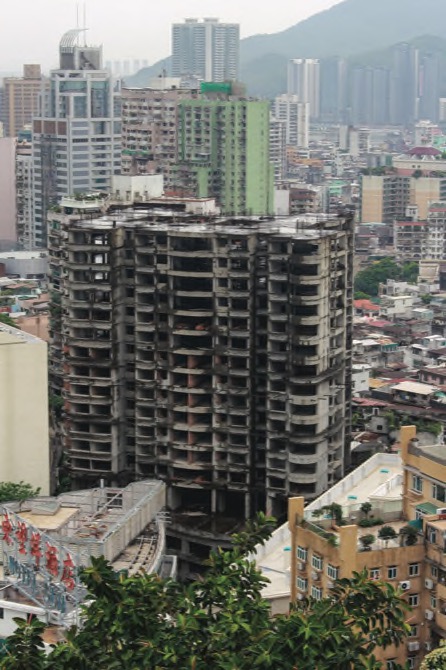 The Cultural Affairs Bureau (IC) told a press conference yesterday that it had explained to the United Nations about the height of the building being built on Calçada do Gaio on Guia Hill, and the international body issued no opposition.

“As per our information, the building was built to this height before the issuance of the Chief Executive’s instruction,” said Acting Vice President Choi Kin Long of the IC. “This is the information we have submitted to UNESCO,” the specialized UN agency for education, science and culture, the IC official added.

Choi’s comment was immediately challenged by a journalist, who cited the claim made by certain concern groups that the developer had rushed the construction to reach its current height, in order to evade the Chief Executive’s instruction.

On this, Choi said the bureau had no information on this aspect, stressing “when we were asked to comment on the building, it had been built to the existing height. The construction has also stopped [since].” As a result, the report that the IC submitted to UNESCO contained the information that the bureau had access to.

“With regard to follow-up actions [on the building], UNESCO has given no further comment.”

When asked whether the bureau is going to pay compensation to the developer, Choi explained that it is not within the bureau’s authority. It only advises on conservation matters.

On the other hand, the IC has also “heard the comments” about conserving the view from Penha Hill. Acting department head of the Cultural Heritage Department, Sou Kin Meng, said that the bureau had also heard comments from the public regarding the view.

Sou introduced that these comments received from the public suggested more restrictions should be in place to govern the dimensions of the view from Penha Hill to the Governador Nobre de Carvalho Bridge.

All of these comments have been considered for the Administrative Decree on the Protection of the Historic Centre of Macau, which the bureau is currently drafting.

The bureau pledges that it has picked up the pace of the drafting process and expects to issue the draft by the end of the year.

At the end of the session, the officials were asked whether the IC plans to publicize the draft, so that the public can have a clearer picture what the provisions will look like.

On this, Sou said the IC will follow the concerned procedures and consider the actual need to do so.

The press conference was held to recap the excursion to Azerbaijan for the World Heritage Congress. The bureau also recapped on its work done to promote conservation of Macau’s heritage sites. Seminars have been held at schools, associations and police youth camps to promote the knowledge.