Hitches as Macau puts own color code health system into use 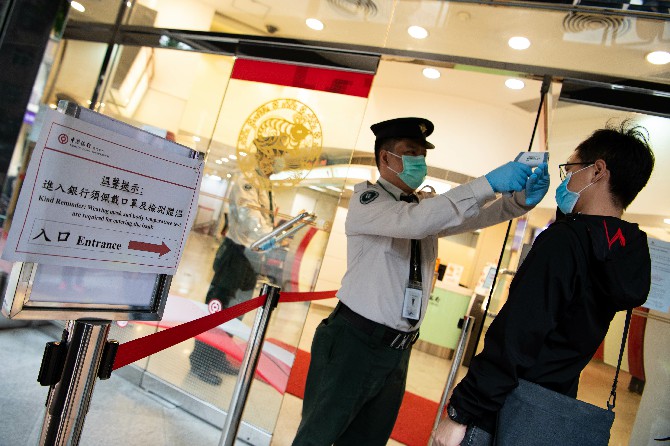 Yesterday, the city marked the first day of its color code health system, which combined and replaced the previous two health declaration systems required at the entrance of certain public facilities. However, the new system was reportedly not working in a seamless fashion.
The new system is very similar to the old one. It includes the requirement of entering details such as name, sex, date of birth, contact number, travel and contact history.
Contact history is a new field compared to the old declaration system. Moreover, the Health Bureau has broken down the answers for travel history to ensure the answers and information gathered is more precise. The answers now include various mainland cities individually.
Problems were encountered near the end of the form-filling procedures, when the declarant is asked to obtain a code from the server to verify the phone number they provided to the bureau.
Yesterday afternoon, the Times tried to fill out the form three times, with no attempt yielding a verification code. The Times was also notified by readers about possible defects in the system.
The option of not verifying the phone number is available. Users can skip this step simply by checking the box “Generate Macao Health Code” and tap on the green button tagged with the word “Next”.
The health code will be generated as a QR code that comes in three different colors, each signaling various measures.
Similar to the old health declaration system, completing the new health code is mandatory upon entering public offices and facilities, such as the Public Administration Building and the Financial Services Bureau, and private education facilities, such as tuition and continuing education centers.
The QR code color comes in green, yellow or red.
Green indicates that the declarant is, and has always been free of Covid-19 and has not been in contact with someone who has or had the disease, based on the details he or she has declared. This indicates the holder can enter public venues.
On the contrary, red indicates the declarant has or had Covid-19 or was formerly in a high-risk area. They will be denied from entering a public venue.
Yellow implies certain measures should be taken by the declarant, which on the whole is referred to by the Health Bureau as “self health management”. Declarants who have symptoms of fever, cough, sore throat or shortness of breath, or who have stayed “in the same space with a confirmed case without having close contact” will get a yellow code.
Such declarants will still be allowed to work or study normally but the same declaration must be made to their employers or schools. Other than work or study, they should remain indoors on their own and reduce physical contact with co-inhabitants. They are also required to take their body temperature twice a day continuously for 14 days. If symptoms develop or their health deteriorates, they should admit themselves to the hospital.
The code was introduced on the foundation of the old system. It is believed to have been adopted to help cope with the resumption of senior secondary education, which happens today. In the mainland, a similar code system is also used to indicate a person’s eligibility to enter certain venues.
Similar to all declarations so far, the new health code system relies on honest declaration. Failure to provide correct information may subject the declarant to criminal penalties.