HK journalist held at border prior to Pereira Coutinho interview 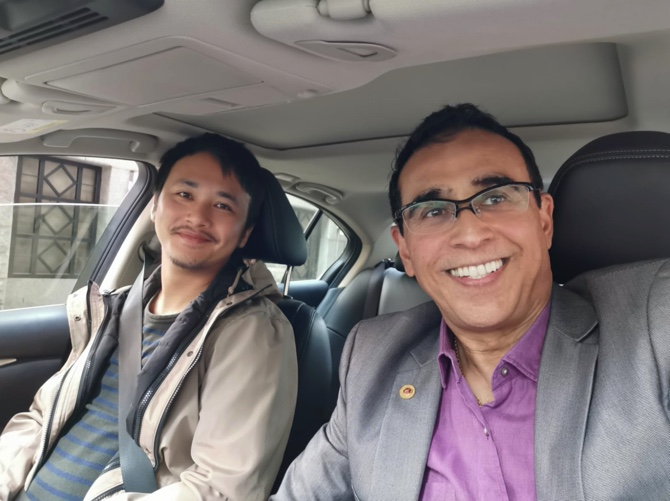 A Hong Kong journalist was held by immigration authorities for nearly three hours yesterday while attempting to enter the Macau special administrative region.

Phila Siu, a senior reporter who works for the South China Morning Post (SCMP), had arranged an interview with local lawmaker Pereira Coutinho.

He reportedly arrived at the Outer Harbor Ferry Terminal at 11 a.m. and was detained in a small room by immigration authorities. Siu called Coutinho at 1 p.m. to say he had not yet been allowed to enter Macau, and the local legislator traveled to meet him at the border checkpoint. The journalist was finally admitted to the territory at 1:45 p.m.

According to the lawmaker’s account of events, Siu was asked about the purpose of his trip to Macau and who he was going to meet.

Coutinho attributed the decision to hold Siu at the border to officials’ nerves ahead of Chinese President Xi Jinping’s visit later this month. “Of course, Xi Jinping is coming over to Macau and so everything is being done in a very cautious manner and with a lot of attention paid to security [matters],” the lawmaker told the Times yesterday.

Two American business leaders were turned away at the border just last weekend in what has become only the latest episode in a series of decisions to bar entry to Macau for lawmakers, journalists and activists based in Hong Kong.

Chairman Robert Grieves and President Tara Joseph of the American Chamber of Commerce in Hong Kong were both barred entry to Macau on Saturday night. The local authorities did not provide a reason for denying entry, but did ask the business leaders to sign a statement to say they had “voluntarily agreed not to pursue entry to Macau.”

“I was worried about [the journalist’s entry] because of what happened on the weekend with the AmCham business leaders,” commented Coutinho when asked directly about the case yesterday.