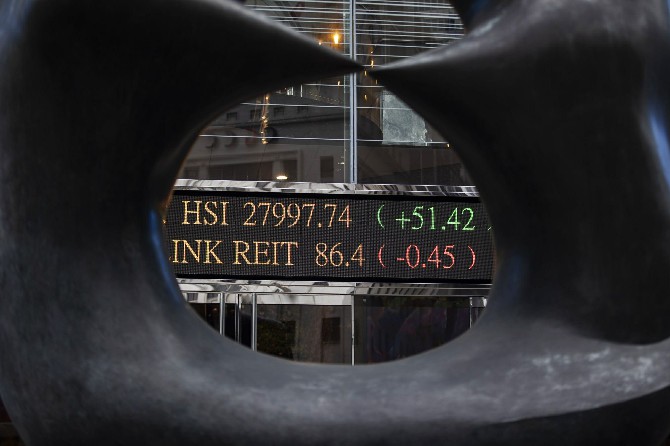 Hong Kong Exchanges & Clearing Ltd. is discussing secondary listings with Chinese technology companies including Trip.com Group Ltd. and Netease Inc. after Alibaba raised $13 billion in its 2019 share offering in the city, according to people familiar with the matter.
Bourse officials have held follow-up talks with the two U.S.-listed firms about the possibility of a secondary share sale, the people said, requesting not to be named because the matter is private. The discussions are preliminary and subject to change, they added.
Hong Kong Exchanges & Clearing Ltd. has said it’s seeing a spike in inquiries about secondary listings from Chinese firms. The interest comes at a time when U.S. scrutiny of Chinese companies has intensified. A decision to proceed would see China’s biggest online travel service provider and second-biggest gaming company – with a combined market value of about $60 billion – follow in the footsteps of Alibaba Group Holding Ltd., which last year pulled off the financial hub’s largest equity offering since 2010.
Hong Kong Exchanges’ shares rose as much as 3.3% Thursday afternoon, extending gains from earlier in the session. Trip.com, known also as Ctrip, and the Hong Kong exchange declined to comment in emailed statements. A Netease representative had no comment when contacted.
Alibaba’s share sale marked a triumph for Asia’s largest stock exchange operator, which has lost many of China’s brightest technology stars to U.S. rivals. The city’s bourse introduced new rules to allow dual-class shares after initially resisting such a change, a move that had prompted Alibaba’s decision to debut in New York in 2014.
More secondary listings from technology companies would bolster the Hong Kong exchange, which posted its worst profit drop in almost three years in the September quarter. The financial hub has also been shaken by months of anti-government protests, casting uncertainty over its 2020 prospects.
Total fundraising from Hong Kong initial public offerings will drop by as much as 27% in 2020 to HKD230 billion ($29.5 billion), PwC estimated yesterday. About 180 companies may debut, with more “new economy enterprises” to seek listings thanks to rule reforms.
“More U.S.-listed Chinese concept stocks will come back to Hong Kong in 2020,” Benson Wong, a partner at PwC, said at a press briefing in Hong Kong. That trend will persist beyond next year, though it will be harder to see offerings on Alibaba’s scale, he added.
A secondary offering in Hong Kong would help Chinese tech companies hedge their risks as U.S. tensions simmer. The Donald Trump administration is stepping up scrutiny against Chinese technology players beyond Huawei Technologies Co. Lawmakers have called for curbs on U.S. pension fund investments in the country’s companies.
It could also help raise capital to tide them over an economic slowdown and increasing competitive pressure in 2020. Ctrip in particular has about $700 million worth of convertible bonds due in July. Its shares are trading at about $33.50, 38% below the agreed convertible price of $54, according to data compiled by Bloomberg.
New tech debutantes like Alibaba will get a boost if they’re added to the benchmark Hang Seng Index and a stock connect program that allows mainland investors to buy shares in Hong Kong. Hang Seng Indexes Co. plans a consultation in the first quarter to discuss a raft of issues, including whether firms with weighted voting rights, like Alibaba, should be eligible for the HSI. Members of the stock connect program require reviews by the China Securities Regulatory Commission, the stock market watchdog. Lulu Yilun Chen, Bloomberg