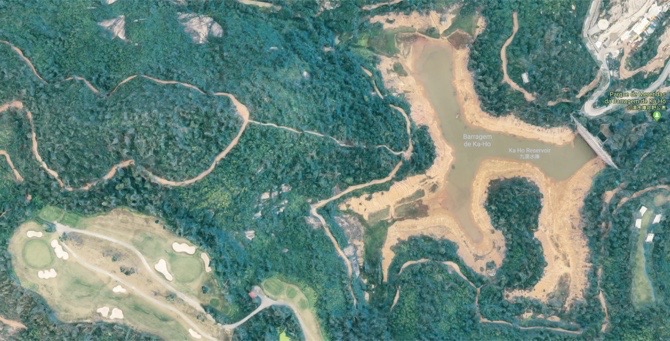 A Macau company headed by influential businesswoman Pansy Ho is to concede five parcels of land to the government for its Ká Hó Reservoir extension project in eastern Coloane. According to a dispatch published yesterday in the government’s Official Gazette, the five land plots will be returned to the public domain of the state “free of charge.”

The total land area relinquished to the public domain is 3,632 square meters, leaving STDI with a remaining 763,741 square meters. Excluding the under-construction land reclamation zones, the remaining area of the STDI concession accounts for about 2.5 percent of Macau’s land jurisdiction.

The dispatch says that the return of the land was necessary in order to proceed with the expansion project for the Ká Hó Reservoir, but that the firm will not receive compensation for relinquishing the five plots. It also states that the arrangement enters into force immediately.

The expansion and improvement work at the Ká Hó Reservoir was outlined in the Macau SAR’s Five- Year Development Plan, along with similar improvements to the facility at Seac Pai Van. The projects aim to increase the joint capacity of the reservoirs from about 300,000 cubic meters to 1.05 million.

STDI uses the large concession area to house the Grand Coloane Resort hotel, a golf course and other sporting facilities.

Pansy Ho, CEO of Shun Tak and co-chairperson of MGM China, is STDI’s Executive Committee President, while her sister Daisy Ho, CFO of Shun Tak and chairman of SJM Holdings, holds the position of vice president.

Indicative of a takeover at Macau’s oldest gaming concession, the agreement explicitly mentioned a commitment to use their combined majority voting power to determine the company’s future board of directors.