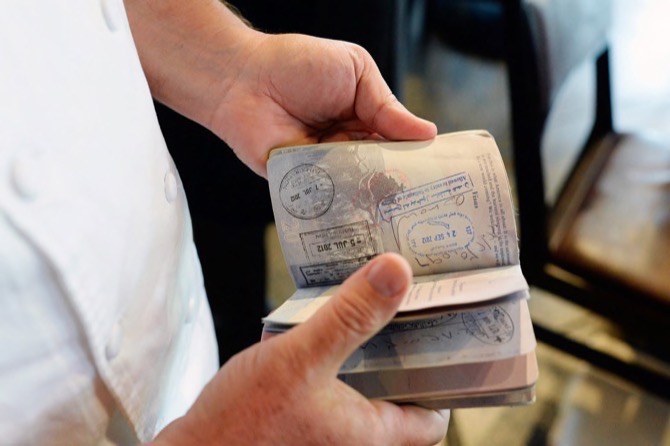 As reported last week by newspaper Hoje Macau, the chairman of the Legislative Assembly (AL) and candidate for next Chief Executive (CE), Ho Iat Seng, is currently processing his renunciation of Portuguese nationality. The nationality was acquired by birth, but in order to become CE, he must comply with rules that state the holder of the position should not possess a right to residence in any foreign country.

The report generated interest in society, provoking the input of those such as longtime local political activist and “overseas observer,” Jason Chao, who argued that Ho’s renunciation of his Portuguese nationality is not such a big issue and that there is technically “no hurry” to do so.

In comments accessed by the Times, Chao admitted that the report had generated some discussion on the issue of nationality, but he also said that that particular issue had been clarified for a long time.

“First, the Chinese government implied in the Sino-Portuguese Joint Declaration that it had no problem with Macau residents enjoying the benefits of de facto dual nationality while traveling abroad,” Chao remarked. “Second, in Ho’s case, there is no need for him to renounce his Portuguese nationality so early.  Procedurally speaking, he may renounce it after he is surely ‘elected.’”

In the view of the overseas observer, who has connections to Macau democratic movements, the issue should not have even been brought up in the first place as, “the lax nationality rules in Macau should stay as they are, as it is in the best interest of Macau residents.”

According to Chao, in accordance with the Basic Law, Ho had to be a Chinese national to serve as the President of the AL. Regarding the position of Chief Executive, “there is an additional rule concerning nationality for CE elections when in Article 35 (2) of the Chief Executive Election Law, it is required that CE candidates must not have the right of residence in a foreign country.”
Although it is clear that Ho, in order to be a candidate, must renounce any possibility of acquiring “foreigner residency,” Chao notes that technically the residency is on the line here and not the nationality.
“Portuguese nationals, of course, have the right to reside in Portugal as well as the right not to be removed from Portugal.  Under the European Union (EU) law, Portuguese nationals [also] enjoy the right to freedom of movement in EU member states.  Ho’s renunciation of Portuguese nationality is not to satisfy the nationality requirement but the ‘no right to residence in a foreign country’ requirement under the CE election law.”

“The aforementioned article allows Ho to be a CE candidate by making a pledge that he will renounce the right to residency in a foreign country before he officially takes office.  So, in the case of a competitive election – which is very unlikely – Ho can wait to see if he is eventually ‘elected’ before he formally applies for renunciation.”

In Chao’s opinion, the “early pledge” from Ho on the renunciation of the Portuguese nationality is revealing of his “high [degree] of confidence in his election.”

LOYALTY TO CHINA STILL A QUESTION

Is there really no problem with Ho’s non-renunciation?

The questions that arise from the more legal-based explanations about Ho’s Portuguese nationality “are totally understandable,” according to Chao.

“Ho was a member of the Standing Committee of the National People’s Congress of China and in the context of Chinese politics, Ho could be seen as one of the leaders of the Chinese Central Government,” Chao said, adding, “the possibility of Ho’s entitlement to the consular protection of Portugal if he travels abroad on a Portuguese passport may call his allegiance to China into question.”

Developing more on the matter of what he called “the myth of the no dual nationality for Chinese nationals,” Chao noted, “according to the Chinese memorandum in the Sino-Portuguese Joint Declaration 1987, the Chinese government allows Macau residents who are Chinese nationals to travel to foreign countries on Portuguese ‘travel documents.’  However, these Chinese nationals do not enjoy the consular protection of Portugal on Chinese soil.”

“Under international law, the nationality of a country is a requirement for the eligibility for consular protection of that country. So, China had no problem with Macau residents who are considered Chinese nationals to be treated as a Portuguese national as long as they are not in Chinese territory.”

Such facts imply that the Chinese government does not oppose the de facto dual nationality of Macau residents while they are outside the country.

Chao noted, “so far, I have not heard of any cases of the Macau government denying Macau SAR passports to ‘Chinese nationals’ who acquired Portuguese nationality after 1999.”

Such an opinion is backed by the legal expert António Katchi, cited in the Hoje Macau report, who noted that the fact that Ho had a Portuguese Civil Identification Number implies he has Portuguese nationality, and not just a passport that can exceptionally be attributed to foreigners. A “citizen’s card is only for national citizens,” Katchi noted, remarking that this type of situation is not uncommon in Macau.

“There are people who, in practical terms, continue to have dual nationality, because they omit that they have a foreign nationality from Chinese [authorities] leading to the retaining [at the same time] of the Chinese nationality,” he noted.

THOSE WHO LIVE IN GLASS HOUSES

Chao also issued a warning to the Macau public about the risks involved with  raising the topic at this moment. “I must warn against the risk that the rules might be tightened in the future at the whim of the Chinese government,” he said.
For the political observer, “in the best interest of residents, lax rules on nationality are preferred to strict rules.”

Unlike in Hong Kong where candidates for both the Legislative Council and Chief Executive must renounce the right of abode in foreign countries in order to be eligible to stand for election, in Macau, the renunciation of the right to abode abroad applies only for the top executive post.

“Extending such requirement to AL elections is a matter of adding such provisions to the election law [but] beyond elections, I am concerned about the possibility that this ‘no-foreign-country-residence-right rule’ may one day be introduced in other aspects of the life of the residents,” warned Chao.

“I believe that this rule would be very effective in ‘testing’ Macau residents’ allegiance to China through their willingness to renounce [or not] their Portuguese nationality.” 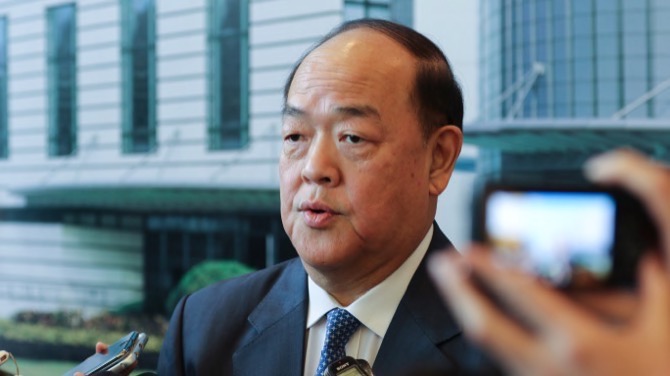