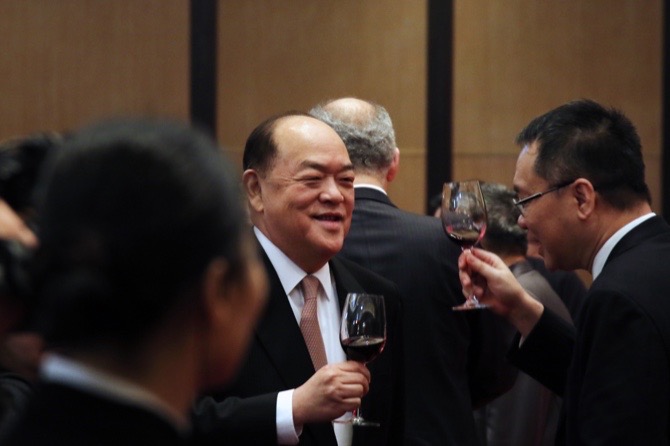 The NPC’s acceptance means that Ho is no longer a member of the Election Committee for the Chief Executive election.

Last week, Ho confirmed he was putting himself forward as the first declared candidate in the race to become Macau’s next Chief Executive.

Members of the election committee are not eligible to run for the office of Chief Executive. Ho thus requested permission to resign from the NPC.

Yesterday, on the sidelines of the meeting of the Electoral Affairs Commission of Macau, Song Man Lei, president of the commission, did not offer much comment on Ho’s announcement of his candidacy for the CE, nor about about Ho’s position at the Legislative Assembly.

However, Kevin Ho may succeed Ho Iat Seng’s place in electorate to become the 12th member. There are three candidates and Kevin Ho is thought first in line to the NPC to replace Ho. If he is accepted by the NPC in time, he will join Macau CE electorate.

Song offered his understanding that the law does not prohibit a situation where there are fewer than 400 election committee members.

When questioned about Ho’s position at the AL, Song said that “AL affairs are not related to our work. Until he is confirmed as a candidate, and until the announcement of the election results, his position will be suspended. If he becomes CE and then steps into office, he will lose his position as AL chairman. Regarding what kind of measures the relevant people will take, we do not make assumptions.”

As of 4:30 p.m. yesterday, 630 groups out of 774 groups (81.4 percent) had submitted nomination registration forms, a similar percentage to the previous election.

There is still no decision regarding the election date for the Chief Executive, Song told the media yesterday.