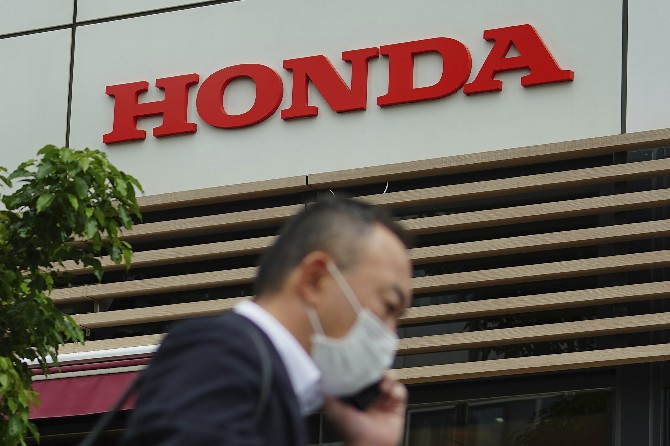 Honda returned to profitability in April-June, recording a 222.5 billion yen ($2 billion) profit, as better sales and costs cuts added to the Japanese automaker’s bottom line.
Honda Motor Co. had racked up a 80.8 billion yen loss the same period the previous year, when the entire auto industry was hurt by the coronavirus pandemic.
Honda’s quarterly sales totaled 3.6 trillion yen ($33 billion), up nearly 69% on year, as global vehicles sales recovered in North America. Its motorcycle sales jumped in India and Indonesia.
Honda’s financial services improved because of the higher prices for used cars, while its aircraft operations suffered, according to the Tokyo-based maker of the CR-V sports-utility vehicle, Odyssey minivan, Gold Wing motorcycle and Asimo robot.
Honda raised its profit forecast for the year through March 2022, to 670 billion yen ($6.1 billion), revising its previous projection upward by 80 billion yen ($734 million), boosted by better sales and costs cuts.
But it slightly lowered its vehicle sales forecast for the fiscal year to 4.85 million vehicles from the previous 5 million vehicles. The new lower number is still better than the 4.5 million vehicles Honda sold the previous fiscal year through March.
It sold 998,000 vehicles in the April-June quarter, up from 792,000 the same period last year.
Honda’s results underline the recovery at Japanese automakers, which all have been hurt by the coronavirus pandemic and a global shortage of semiconductors.
yesterday, Toyota Motor Corp. reported a record 897.8 billion yen ($8.2 billion) profit for the fiscal first quarter, zooming more than five-fold from last year. MDT/AP