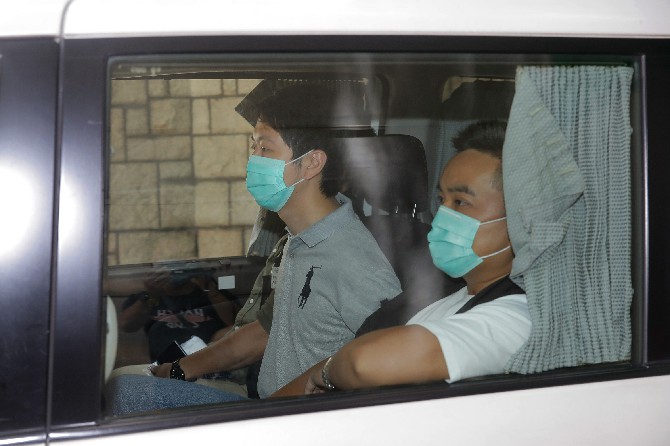 Hong Kong police arrested 16 people yesterday on charges related to anti-government protests last year, including two opposition lawmakers.
Pro-democracy legislators Ted Hui and Lam Cheuk-ting announced their arrests on social media.
Posts on Lam’s Twitter account said he had been arrested on charges of conspiring with others to damage property and obstructing justice during a protest in July 2019. The tweets said he has also been accused of rioting on July 21, 2019.
That was the day a group of more than 100 men clad in white attacked protesters and passengers with steel rods and rattan canes in a subway station. Protesters and many from the opposition camp have accused the police of colluding with the attackers, as they arrived late to the scene and did not make arrests that night.
A post on Hui’s Facebook page did not make clear the exact charges he was facing.
The chairman of the Democratic Party in Hong Kong, Wu Chi-wai, called the arrests of Lam and Hui “ridiculous.” Lawmaker James To said the arrests amounted to political persecution.
The two were arrested along with 14 others — aged between 26 and 48 years old — in relation to the huge protests last year, according to a police official who spoke on condition of anonymity because he was not authorized to talk to the press before an official statement had been released. AP