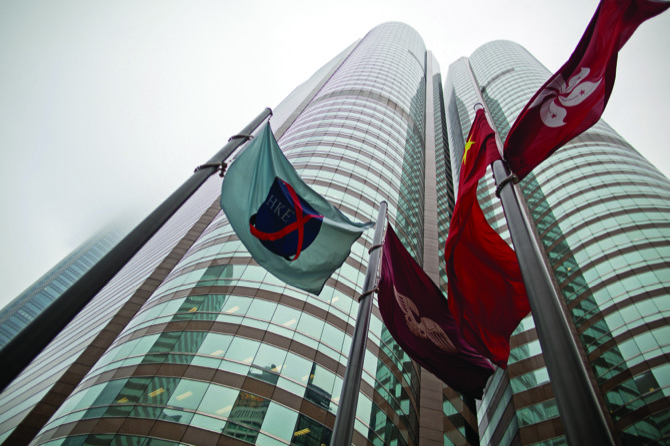 Hong Kong shares had their worst start to a year since 1995, as further signs of a slowing Chinese economy spurred declines.

The Hang Seng Index closed down 2.8 percent, its biggest loss since Oct. 23. Cnooc Ltd. was the worst performer, suffering its largest drop in nearly three years. The Hang Seng China Enterprises Index retreated below the 10,000 level, closing at its lowest since February 2017, while the Shanghai Composite Index lost 1.2 percent.

The rough start came off the back of a 14 percent loss for the Hang Seng Index in 2018, its worst performance since 2011. Stocks have been hostage to everything from the U.S.-China trade dispute to a global tech sell-off and rising interest rates. Further evidence of slowing Chinese growth weighed as a closely-watched manufacturing gauge had its lowest reading since May 2017.

“There are a lot of uncertainties lying ahead,” said Banny Lam, head of research at CEB International Investment Corp. “The markets will likely be stuck in a downtrend over the next few weeks.”

“Some funds are readjusting their positions for the new year and may be dumping stocks in sectors with an uncertain outlook like property and health care,” said Linus Yip, a Hong Kong-based strategist with First Shanghai Securities Ltd. “That’s why we’re seeing a sell-off.”

Money market rates fell in China and Hong Kong. The Hong Kong dollar’s one-month interbank borrowing costs, known as Hibor, tumbled the most in more than a decade as cash supply loosened after a seasonal liquidity squeeze. The currency weakened as much as 0.08 percent to 7.8378 per greenback, its lowest intraday level since Nov. 2.

China’s 10-year government bond futures rallied for a fifth day, set for the longest run of gains since October. The contracts advanced 0.37 percent to 98.07. Bloomberg