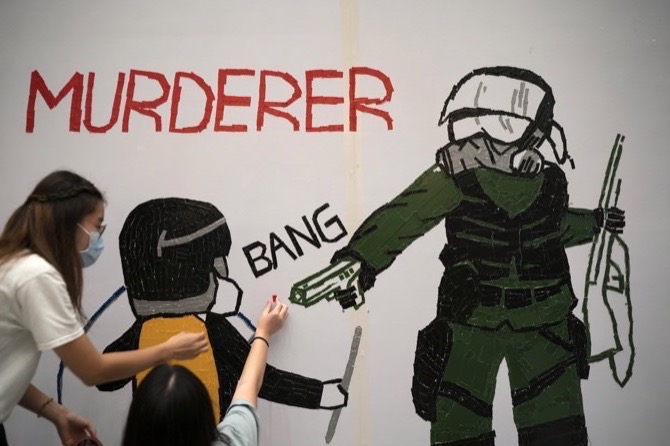 The teenager who was the first victim of police gunfire in Hong Kong’s months-long pro-democracy protests was charged yesterday with rioting and attacking police.

The shooting occurred during widespread violence Tuesday across the semi-autonomous Chinese territory that marred China’s National Day celebrations. It has deepened anger against police, who have been accused of being heavy-handed against protesters.

The officer fired at close range as 18-year-old Tsang Chi-kin struck him with a rod. The government said Tsang’s condition was stable after surgery.

The case against Tsang was heard by a court yesterday afternoon. He was among seven people charged with rioting, which carries a penalty of up to 10 years in prison.

Tsang did not appear in court. Dozens of supporters, many in black, sat outside the courthouse.

Thousands of people rallied Wednesday to demand police accountability for the shooting, with many saying the use of lethal weaponry was unjustified.

More than 1,000 students marched yesterday at the Chinese University in a continuing show of support for Tsang and vowed to keep up their fight for more democratic freedoms. Many students felt that firing at Tsang’s chest, close to his heart, was an attempt to kill him. 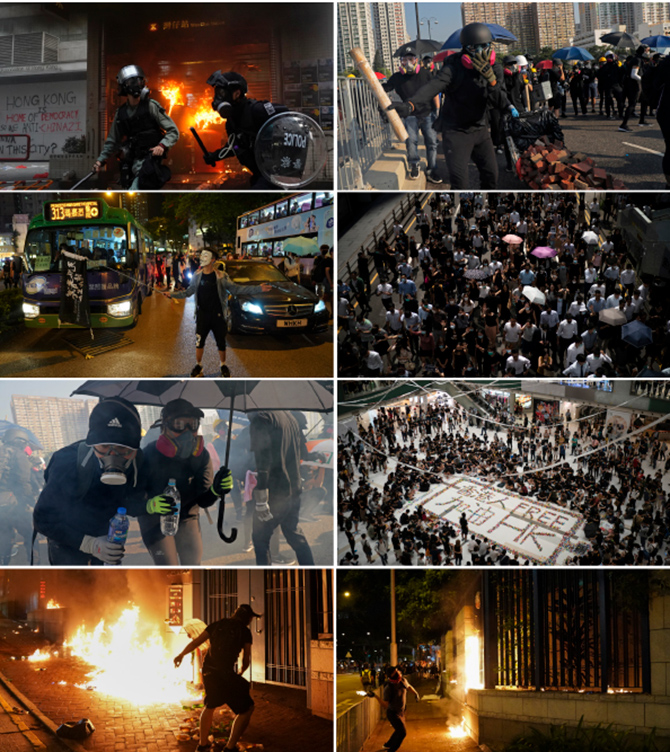 Police defended the shooting at close range as “reasonable and lawful” because the officer had feared for his life and those of his colleagues.

Videos on social media of the shooting showed a group of black-clad protesters with bars and umbrellas clashing with police. They closed in on a lone officer, who opened fire as Tsang came at him with a rod. Just as another protester rushed in to try to drag Tsang away but was tackled by an officer, a gasoline bomb landed in the middle of the group of officers in an explosion of flames. 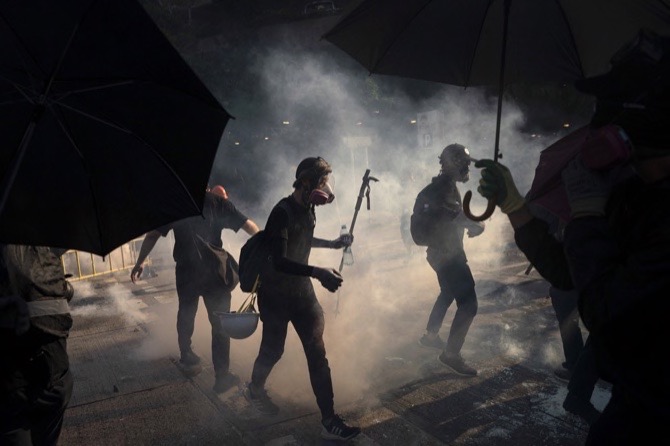 The shooting marked an escalation in violence in the protests that have besieged one of the world’s top financial hubs since June over a now-withdrawn extradition bill. The movement has snowballed into an anti-China campaign amid anger over what many view as Beijing’s interference in the autonomy that was granted Hong Kong when the former British colony returned to Chinese rule in 1997. More than 1,750 people have been detained so far.

The increasingly widespread violence has prompted rising calls from police associations and some pro-Beijing groups for tougher measures, including curfews and a mask ban to prevent protesters from concealing their identities.

The Junior Police Officers Association, representing front-line officers, said the force has been stretched thin. In a statement Wednesday, it urged Chief Executive Carrie Lam’s government to impose a curfew and other emergency measures to quell riots and maintain public order.

Lam has not commented since she returned from National Day celebrations in Beijing, and her office said it had no immediate comment yesterday. mDT/AP