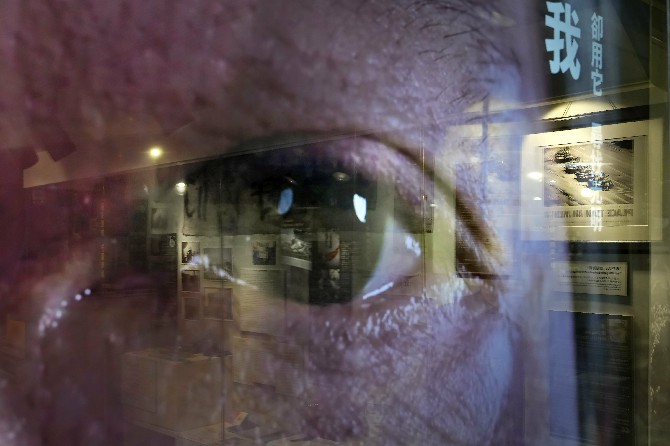 The organizer of Hong Kong’s annual Tiananmen Square candlelight vigil has opened its yearly exhibit of photographs and paraphernalia from the bloody 1989 crackdown in Beijing on those calling for democracy in China.
The opening comes even as Hong Kong authorities have for the second year in a row banned the annual June 4 vigil, which normally draws tens of thousands of people into the streets. Authorities have cited the risk of the coronavirus, though the cancelation coincides with a broader crackdown on political activism and dissent in the city.
Organized by the The Hong Kong Alliance in Support of Patriotic Democratic Movements of China, the museum each year shows photographs from the 1989 democracy movement as well as pictures from past candlelight commemorations in Hong Kong.
This year, visitors to the museum will also be able to lay flowers in remembrance of the victims who lost their lives in the massacre that took place on June 4, 1989.
For decades, the semi-autonomous Chinese cities of Hong Kong and Macau were the only places in China where public commemoration of the crackdown was allowed. Authorities in Macau have also canceled their vigil for a second year. MDT/AP