Hong Kong to shut most of mainland China border 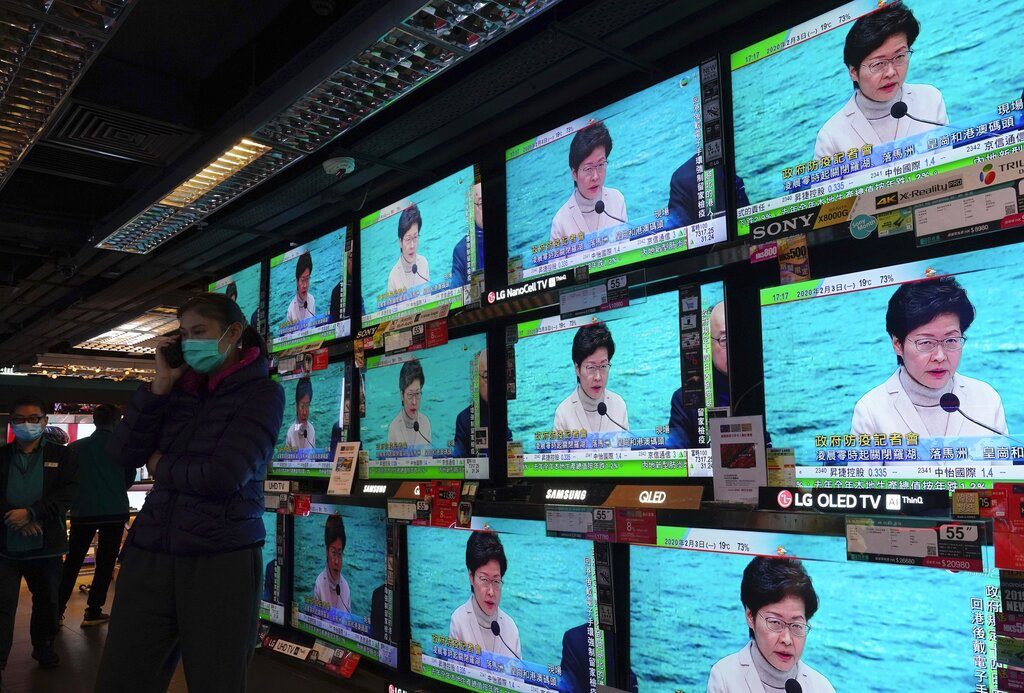 Hong Kong’s leader Carrie Lam announced the city will shut almost all land and sea border control points to the mainland from midnight to stem the spread of the novel coronavirus from China.
Lam said in a briefing this evening (Monday) that only two border checkpoints — at Shenzhen Bay and the bridge to Macau and Zhuhai — will remain open.
Lam denied that the move was due to pressure from medical workers, who threatened a five-day strike to demand the government shut all borders to the mainland.
She said it had “absolutely nothing to do with the strike” and was instead simply a measure to stem the spread of the virus. Lam urged Hong Kong residents to “stand united” in combating the outbreak, which has killed more than 360 people, all but one in China.