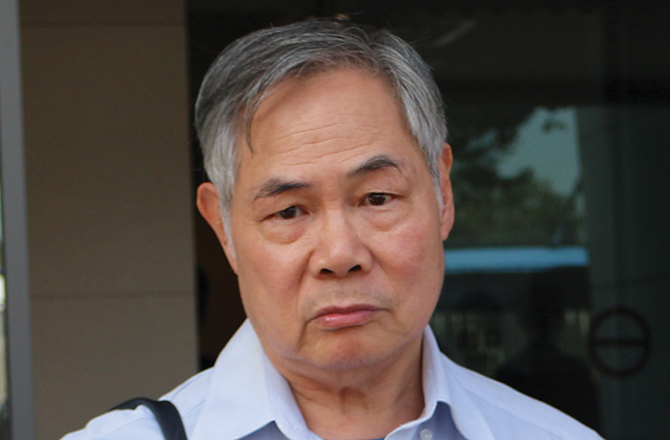 Columnist Lei Kong is an unlikely ‘paladin’ of the freedom of the press. He wrote for decades in Son Pou local newspaper until earlier this year when he was sued by Polytec for slander after 27 articles on the Pearl Horizon case, and he decided to halt his contributions.

A conservative, aligned with traditional pro-Beijing forces, Lei was fined on December 17 by the lower court with a solidary fine of MOP50,000 (with his editor, Chao Chong Peng and the paper).

Lei Kong’s more than 25 columns, which featured the Pearl Horizon incident, “damaged Polytec’s image,” said the court, that found the defendant(s) not guilty of slander.

“Regarding the civil offence, the first defendant [Lei Kong] used many words […] which even derailed from the facts,” said Chao.

The judge remarked that Macau’s law protects both freedom of speech and the freedom of press, and that, at the same time, Macau’s law also protects individuals’ dignity and reputation.

After the trial, Lei said to reporters he’s appealing the decision.

“If I can’t win the lawsuit once I appeal, then of course, I will not dare to write articles in the future. Thus, how can we talk about freedom of the press?”

The Journalists Association of Macau expressed concerns over the court’s decision.