Hotel Central to be restored to ‘its former glory’ 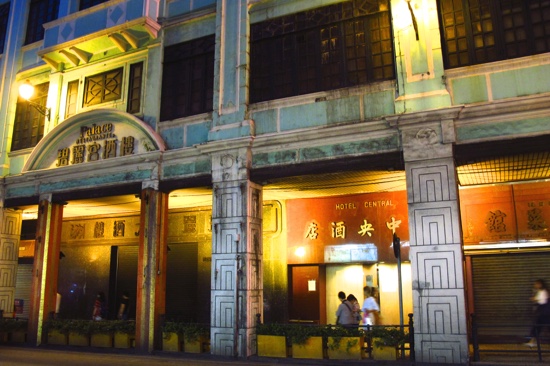 The owners of Hotel Central are making preparations to “restore the hotel to its former glory,” according to law firm Manuela Antonio, which represents the owners. However, accusations that the lengthy eviction procedures were the result of obstructions by tenants are untrue, Hugo Couto, a partner at the firm, told the Times yesterday.
Located close to Senado Square, the establishment is a cultural, though somewhat notorious, Macau icon, recorded in the travel writings of James Bond author, Ian Fleming (see text below). It is now closed, but under previous administrations it was widely regarded as a seedy establishment known more as a brothel than a guesthouse, having additionally been in state of severe disrepair for decades.
Couto explained to the Times that the new owners are trying to renovate and reopen the hotel as quickly as possible while maintaining the architectural, cultural and historical style and significance of both the interior and exterior.
However, architect and University of Saint Joseph scholar Vizeu Pinheiro told the Times that the cultural significance of the building does not concern its architecture so much as how it fits into the “story of Macau.”
He recently argued that the building ought to be listed as a cultural heritage site, during a debate about whether the Hotel Sintra should be considered a cultural landmark.
“The Hotel Central is reflective of the gambling culture [in Macau]. It represents the monopoly and concentration of the many activities related to gambling,” said Pinheiro, adding that in some ways it symbolizes the traditions of the city.
“It is not known for its architecture, but [rather for being] the first modern hotel within Macau […] at one time it was the tallest building here.”
Couto agreed that “the hotel has significant historical value” and stressed that “the present owner is aware of this [value] and wants to preserve the building.”
“It has been a landmark in Macau since it was built,” he added.
Furthermore, rumors about a tenuous and lengthy eviction process were explicitly denied by Couto as being linked to tenant obstruction, contrary to media reports last week. Instead the lawyer attributed the more than ten-
year process to the normal pace of legal proceedings in Macau.
“The previous tenant was a company that had a license [to operate in the building] but they have now transferred the license with the building owner’s consent. The lengthy proceedings [came about] because the tenant had a different interpretation about the terms of the agreement, and also because these things take a long time in Macau [and] this is normal… they can take ten years,” said Couto.
“The eviction proceedings started in 2005 and now the former tenant has been evicted […] and the eviction actions are coming to a close,” he concluded.
“The primary intention of the present owners is to reopen the hotel as quickly as possible, [however] the owner is engaged in some feasibility studies with the architect and with the relevant authorities that need to grant approval for their plans,” said Couto.
He added that the target date for the reopening has not yet been made public since it will depend on whether the hotel meets certain compliance requirements.
Built in 1928, the Hotel Central was once a famous house
for gambling and self-indulgence. Today, according to travel website TripAdvisor, it is more commonly regarded as “the worst hotel in the world,” with a plethora of reviews and pictures highlighting the dire state of guestrooms during the last of its operating days.
Asked whether the hotel’s seedy reputation in the past might impair a successful re-
opening, Couto said simply that he didn’t think it would impact the future operations of the hotel. “It is going to enter into a new era now and we have good expectations for it to be reinstated as a landmark in downtown Macau.” Daniel Beitler 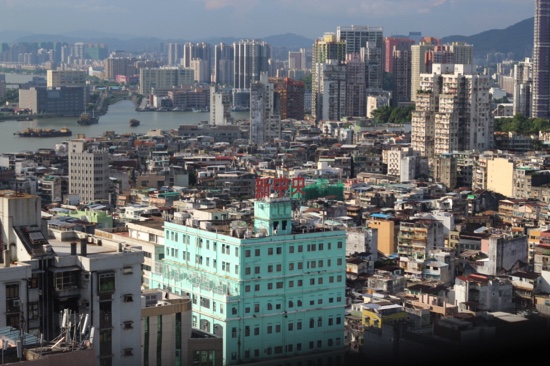