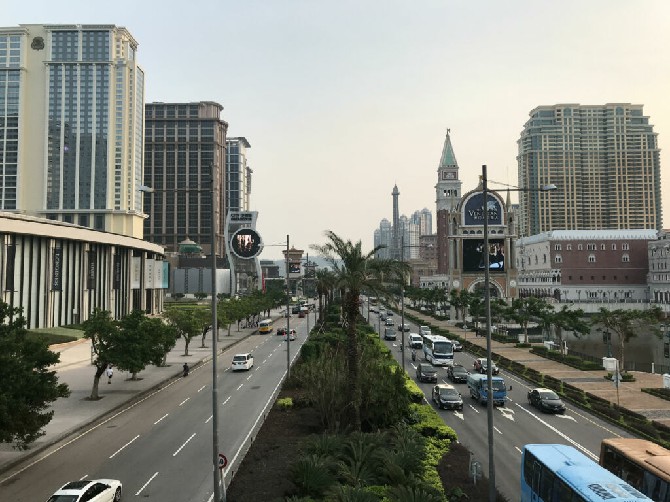 Receipts from the hotel sector plunged 66.2% year-on-year to MOP12.93 billion in 2020 on account of a decline of 62.2 percentage points in the average occupancy rate of guest rooms (28.6%) during the pandemic.
According to data provided by the Statistics and Census Service, expenditure in the sector dropped by 34.2% year-on-year to MOP22.22 billion.
With expenditure exceeding receipts, the sector recorded a deficit of MOP9.36 billion.
Gross Value Added, a measure of the sector’s contribution to the economy, amounted to MOP 2.18 billion, a drop of 88.8% year-on-year. Meanwhile, Gross Fixed Capital Formation for the sector dropped by 51% year-on-year to MOP3.34 billion, which may be attributed to a reduction in major repairs in 2020.
Meanwhile, the number of persons employed decreased by 9,149 to 42,407.
Receipts from the hotels tumbled by 66.3% year-on-year to MOP12.88 billion, with those from rental of space (MOP4.27 billion), in-room sales and services (MOP4.06 billion) and provision of food and beverages (MOP2.76 billion) dropping by 48.9%, 77.2% and 68.1% respectively.
Hotel expenditure went down by 34.2% year-on-year to MOP22.15 billion, of which compensation of employees (MOP11.52 billion), operating expenses (MOP9.30 billion) and purchase of goods and commission paid (MOP1.34 billion) decreased by 22.6%, 38.1% and 64.6% respectively.
Analyzed by classification, receipts of the 36 five-star hotels plummeted by 66.7% year-on-year to MOP10.03 billion, and expenditure dropped by 34.2% to MOP17.82 billion.
These hotels recorded a deficit of MOP7.85 billion in 2020. Hotels of other ratings registered year-on-year decreases in both receipts and expenditure, and posted deficits of varying degrees.