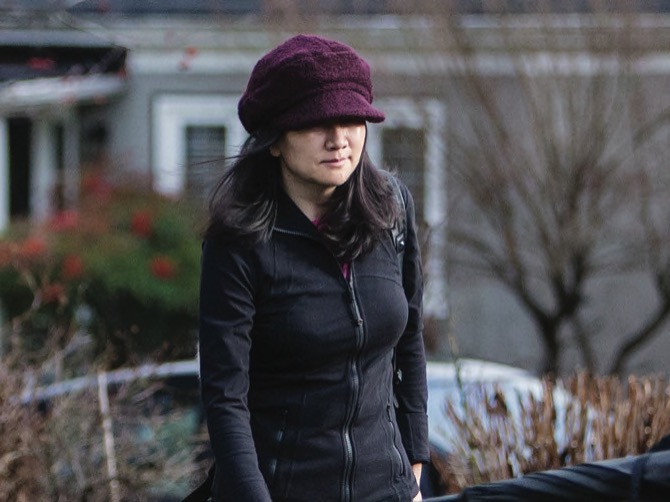 Huawei Technologies Co., no longer content with defending itself against U.S. accusations of espionage and bank fraud, is taking the initiative with a full-blown legal offensive.

The Chinese technology giant intends to file a lawsuit this week claiming the U.S. government is overstepping by banning Huawei equipment from certain networks, according to people familiar with the matter. That complaint would come just days after finance chief Meng Wanzhou sued Canada’s government for allegedly trampling her constitutional rights – an effort to discredit the case against her as she awaits potential extradition to the U.S. for bank fraud.

The long-secretive Huawei began to open up this year with founder Ren Zhengfei giving interviews to foreign media and personally denying accusations his company aids Beijing in espionage. But the legal effort signals a more aggressive assault on its American accusers, who have been trying to persuade other countries to ban Huawei gear from communications networks.

Huawei’s lawsuit against the U.S. is aimed at a law that blocks certain government agencies from using equipment from Huawei and its domestic rival ZTE Corp., the people said. Huawei is likely to argue that it’s unconstitutional to single out a person or a group for a penalty without trial, they said. Huawei declined to comment on the lawsuit, which was first reported by the New York Times.

Meng’s complaint is more personal. In a civil suit filed Friday, she claims officers failed to immediately arrest her on Dec. 1 in Vancouver on a U.S. extradition request and instead first detained her under the guise of a routine custom check to “unlawfully compel her to provide evidence and information.”

Canada’s Justice Minister David Lametti will ultimately be the one to sign off on any extradition – Meng’s allegations about her arrest could potentially play into that final decision.

According to the complaint, the officers detained Meng on the jetway as she was getting off a flight, took away two phones, an iPad and a computer, then got her to surrender the passwords to those devices. She was formally arrested only about three hours after her initial detention, the claim says.

The world’s top provider of networking gear faces the prospect of being shut out of pivotal infrastructure markets, as it faces criminal charges in the U.S. and an American effort to convince allies not to use its equipment. The clash has complicated negotiations between Washington and Beijing as they try to hammer out a trade deal.

It’s not clear how effective Huawei’s lawsuits will be. The Justice Department has sued Huawei for alleged theft of trade secrets, separate from its case against Meng. The U.S. is seeking Meng’s handover to face fraud charges, alleging she lied to banks to trick them into processing transactions for Huawei that potentially violated Iran trade sanctions.

In the CFO’s suit in Canada, she seeks damages for misfeasance of public office by customs officials, breaches of her constitutional rights, and false imprisonment, according to the suit.

While Canada’s Charter rights attach to all people, regardless of nationality or immigration status, courts have tended to concur with the government that such rights are more attenuated at the border. One Supreme Court ruling, for example, clearly noted that people don’t expect to be able to cross international borders free from scrutiny. MDT/Bloomberg