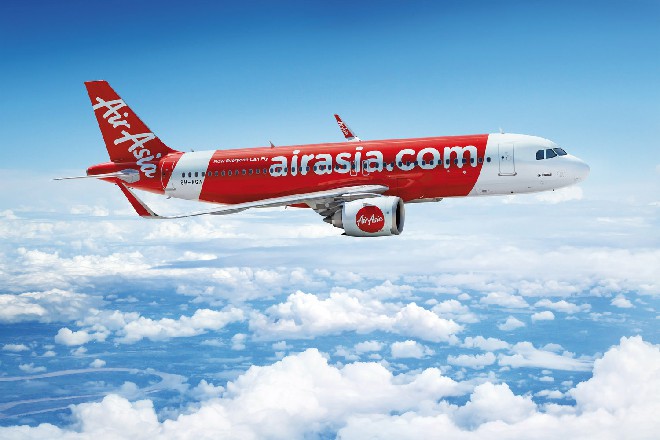 Low-cost carrier AirAsia is willing to help Macau students return to their places of study abroad, but there is a critical problem with transit suspension in some places, Celia Lao, CEO of the airline’s Macau and Hong Kong arm, told Macau Daily Times.
Recently, several airlines, including Air Macau and EVA Air, have agreed to add or operate special flights to help transport Macau students to Europe and North America in time to begin the new school year.
For example, Macau’s flag-carrier Air Macau has announced additional flights from Macau to Seoul, South Korea so that students can catch an Asiana Airlines flight to Europe.
AirAsia, which operates flights from Macau to Malaysia, Thailand and the Philippines, has a parallel brand called AirAsia X, which operates long-haul flights to destinations outside of Asia. When asked by the Times whether AirAsia X would be an option for students, Lao said that it was currently impossible.
One major reason is that international flights have not yet resumed in some parts of the world. She pointed out that domestic services have resumed in Malaysia, but international flights are still very limited, if not suspended.
“Moreover, transit service has not yet resumed at Kuala Lumpur International Airport,” she added. “So, students won’t be able to take transit at Kuala Lumpur.”
She stressed that once policies allow, the airline is ready to provide assistance. “We have remained in communication with [various public bodies],” Lao disclosed. “If any of them require our collaboration, we are willing to operate flights.”
Lao stressed that AirAsia is very focused on helping to revive Macau’s tourism industry. She said that AirAsia has kept up communication with governments in Macau and abroad, regarding actions that it can take to help revive Macau’s tourism industry.
“[Macau doesn’t] often make it into foreign papers, even though we have done so well in containing the virus,” Lao said, referring to the health protection measures on which Macau should be commended and which should be highlighted internationally.
“We tried our best to tell other governments that Macau is ready to build travel bubbles,” she added.
Lao also referred to the Macao Ready Go! discount platform and local tour scheme recently launched by the Macao Government Tourism Office (MGTO) as a good sign for tourism revival in the SAR.
The discount platform is a website application that consolidates and lists all current discounts offered by registered businesses, regardless of their scale.
The tour scheme is an initiative to help support local tour guides and travel agencies during a time of almost no cross-
border travel. It subsidizes local residents to join grouped tours, visit local sites and spend some money, if they desire.
Lao is excited about the campaign, although it is currently only for local residents. “It is disseminating a strong message that we are recovering,” she said. “When travel restrictions are lifted, tourists will have confidence in returning.”
She pointed out that under the “new normal,” activities and facilities have gradually resumed in Macau. She also revealed that the airline has obtained the Macao Ready Go! promotional video from the MGTO to play in its transport hubs in Malaysia and the Philippines.

Macau lawmaker José Pereira Coutinho has received complaints regarding allegations that Taiwan-based EVA Airways has canceled flights and forced students to buy more expensive tickets with travel agencies.
According to reports by local Portuguese newspaper Ponto Final, the airline canceled a September 18 flight from Macau to Taipei, from where students are expected to take transit flights to London, Paris and Lisbon. The lawmaker told the newspaper that these students all made their bookings on the airline’s website.
After completing the original booking process and receiving a confirmation, the students, 10 in total, received a notice about the flight cancellation. The airline told them to rebook with select travel agencies.
The lawmaker said tickets sold at travel agencies are three times more expensive than those booked online.
The cancellation will also cause some students to miss on-going connections, said Coutinho. That is because Taiwan’s Taoyuan International Airport allows a maximum transit time of only eight hours, meaning that a passenger must catch another flight or clear immigration within that period of time. AL