IACM to proceed with embalming of BoBo, citizens oppose 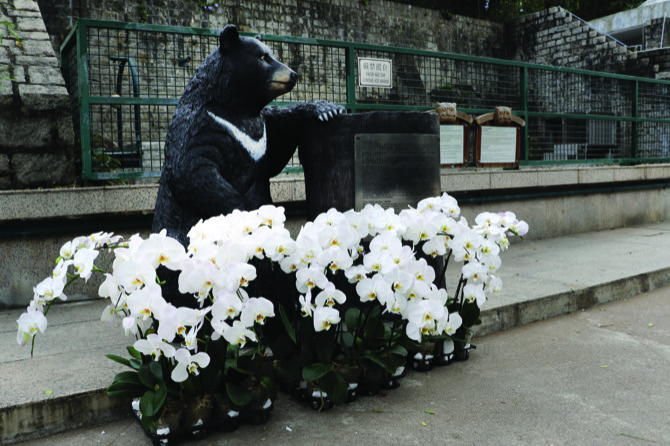 The Civic and Municipal Affairs Bureau (IACM) intends to proceed with the plan of embalming BoBo, the Asian black bear who passed away recently, Bureau president José Tavares said on Friday during the IACM’s meeting.

This decision goes against the values of some residents and a group of them decided to gather signatures in a petition, by the initiative of local association Abandoned Animals Protection Association of Macau (AAPAM). The petition calls for the suspension of the project.

According to some residents, as reported by TDM at the Flora Garden gathering where the bear had been kept in captivity for over 30 years, there are many ways of teaching children about the animal without the need to embalm it and put it on display.

Yoko Choi, president of AAPAM, told TDM that the petition, as well as several other activities in the area of the memorial wall at Flora Garden, have the purpose of alerting the government and “making them know that we don’t want Bobo to be a sample [embalmed] and be [on display] in a place.” Choi added that the animal already suffered for many years in captivity alone, asking “why should we continue to keep his body alone in a place [after death]?”

One of the dozens of people present at the signature collection event at Flora Garden was lawmaker Sulu Sou, who also told TDM that, “We didn’t know anything about the [supposed] house-museum in Coloane. The government never told anyone about these plans and seems like now everything is happening too fast which is not a normal procedure for the Macau SAR government.”

According to information from  Radio Macau, Tavares added that the new museum space receiving BoBo is located along the seaside in Coloane village in a building which will be restored.

“We are trying to launch the public tender during the first quarter of the next year. We hope everything will be ready by the last quarter [of next year],” he said. Tavares also said that the date to be inscribed on the plaque near the black bear cage is going to be changed to “mid-eighties”.

According to the story on the memorial, the bear was rescued by a Leal Senado staff (the municipal authority of the time) in the summer of 1984. However, as the Times reported earlier, the first reports on the baby bear appeared in TDM and Va Kio Daily in 1986.  RM