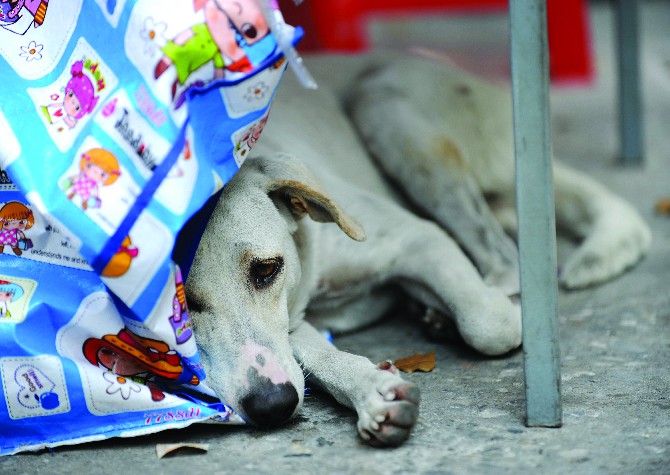 The Municipal Affairs Bureau (IAM) clarified that dogs that were reported missing are not part of the stray dogs that the bureau has recently caught.
The statement comes after a group, on Monday, demanded Secretary for Administration and Justice André Cheong to investigate a dog disappearance and adoption case.
The case is related to a dog named Blue and his owner, a Macau resident surnamed Tam. Earlier, Tam adopted the dog from the IAM’s kennel.
On November 8, the dog went missing. The next day, Tam and his friends reported the disappearance of the dog to IAM kennel.
Later, Tam’s friends saw the dog at the IAM kennel and immediately notified a veterinarian working at the kennel that the dog had an owner.
According to a report by All About Macau, the veterinarian said that the dog was not implanted with an identity chip, so IAM was unable to identify the owner of the dog. In addition, the friends were told that the dog would be put out for public adoption again sometime later.
On November 20, Tam visited IAM to adopt the dog again. However, he discovered that the kennel hadn’t put the dog up for adoption and the IAM staff were refusing to provide Tam with further information regarding the dog or the case.
Yesterday, the bureau confirmed that the dog owner reported about his three lost dogs on November 9. The missing dogs have been registered with IAM and were implanted with identity chips.
The IAM said it has retrieved one of the three dogs and notified the owner right away.
The remaining two have not yet been retrieved by the bureau, nor have they been reported retrieved.
Although the owner mentioned about a black dog that was placed on IAM’s website, the bureau clarified that it was not the owner’s dog as there were no chip implanted. The IAM vets have evaluated the dog and identified that it was not suitable for adoption due to its fierceness.
On Monday, Tam, along with other “dog lovers” requested the local government reveal details about the situation and demanded that Secretary Cheong provide the public with an explanation for these events. JZ/AL