IBM obtains US approval for sale of server business to Lenovo 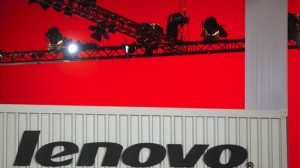 IBM cleared a U.S. national-security review for the sale of its low-end server business to China’s Lenovo Group Ltd., letting the USD2.3 billion transaction go forward even amid tensions between the two nations.
The conclusion of the review by the Committee on Foreign Investment in the U.S., or Cfius, is “good news for both IBM and Lenovo, and for our customers and employees,” Armonk, New York-based IBM said Friday in a statement. While Cfius placed some conditions on the deal, they don’t significantly affect the business, and terms of the transaction didn’t change as result, a person with knowledge of the matter said, without specifying the conditions.
The sale drew scrutiny because of disputes between China and the U.S., the world’s two largest economies, over cyberintrusions. By completing the deal, IBM can jettison a less profitable business to focus on growing areas, such as cloud computing and data analytics, while giving Lenovo a bigger piece of the global computing-hardware market.
“This is part of IBM’s process moving away from hardware manufacturing to a more service-oriented product line and more profitable product lines,” Ivan Feinseth, chief investment officer at Tigress Financial Partners LLC, said in an interview. “They are trying to change the direction they are going.” He has a neutral rating on IBM stock.
Spokesmen for IBM and Lenovo declined to comment on whether the Cfius clearance included any requirements or concessions. Holly Shulman, a spokeswoman for the Treasury Department, which leads Cfius, declined to comment.
The IBM servers, known as x86 for the type of chips they use, link computers on corporate networks and are essentially commodities in the information technology world, Christopher Padilla, IBM’s vice president for governmental programs, said in January. Most of IBM’s x86 servers are made in Shenzhen, China, he said.
The clearance of the national-security review may also bode well for Lenovo’s separate $2.91 billion purchase of Google Inc.’s Motorola Mobility unit.
“We continue to work through a number of regulatory and business processes to ensure an effective and timely closure on both deals,” Lenovo, which has its headquarters in Beijing and Morrisville, North Carolina, said in a statement. “We remain on track to close both deals by the end of the year.” Bloomberg