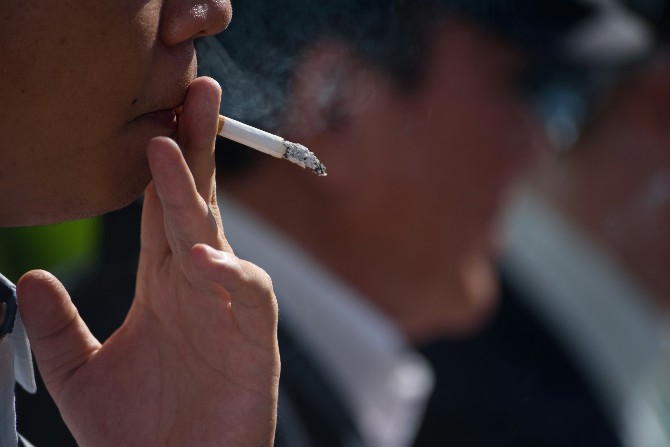 A total of 654 charges were registered during the first quarter due to breach of tobacco regulations, the majority of which related to smoking in prohibited places. Most violations occurred in restaurant establishments.
From January 1 to March 31, the Health Bureau (SSM) said that 67,230 inspections were carried out on establishments, amounting to an average of 747 inspections per day. This is an increase of 40,828 establishments compared to the same period last year.
Of the 654 registered charges, 646 applied to smokers who broke the law. Six cases involved selling tobacco products that did not comply with labeling requirements, and two cases related to selling tobacco products that are visible to customers.
Regarding the demographics of the offenders, 408 fines were imposed on local residents (63.2%), 191 fines were given to tourists (29.6%) and 47 of the offenses were committed by non-resident workers (7.3%).
The category of illegal establishments with the most prosecutions was restaurants, accounting for 19.7% of the total charges.
SSM has reiterated that establishments that are still placing tobacco products in clear view of customers may be fined up to a maximum of 200,000 patacas.
This comes after the authority received complaints of violations of the tobacco control legislation governing the sale of tobacco products. LV