In ‘After Yang,’ an android’s death opens new doors 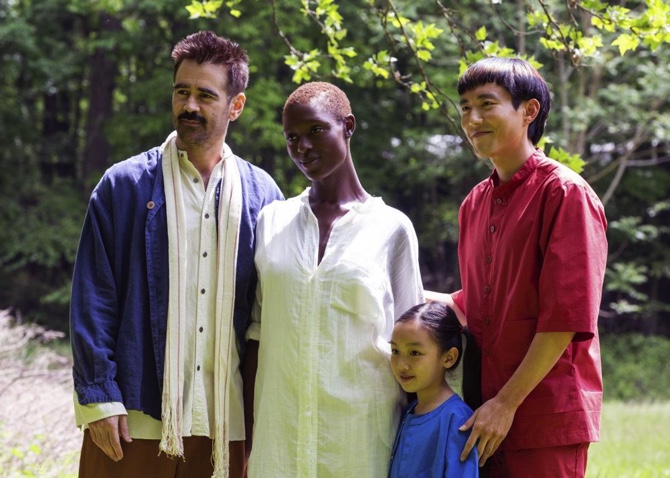 From left: Colin Farrell, Jodie Turner-Smith, Malea Emma Tjandrawidjaja and Justin H. Min in a scene from “After Yang”

The two features by the South Korean-born filmmaker and video essayist Kogonada – his auspicious debut “Columbus” and the new “After Yang” – are distinct for their richness in rare qualities. A meditative quiet presides. The pace is unhurried. The compositions are pristine.

“Columbus” was set in the Indiana city – an improbable haven of modernist architecture – and centered on the wandering conversations of an out-of-towner (John Cho) and a young tour guide (Haley Lu Richardson). The clean lines and formal beauty around them seemed to foster serenity and rumination.

In “After Yang,” which debuts Friday in theaters and on Showtime, is likewise wistful and sleekly ordered but is set in a seemingly more distant world. Adapted from short story by Alexander Weinstein, “After Yang” takes place in a future with eerily human-like androids called “technosapiens.” Jake (Colin Farrell), Kyra (Jodie Turner-Smith) and their daughter Mikea (Malea Emma Tjandrawidjaja), have one, Yang (Justin H. Min) who makes a seamless member of their family — an older brother to Mikea and a kind of surrogate parent and homeschooling teacher to assist the busy Jake (a tea shop owner) and Kyra (a corporate executive).

If this is science fiction, it is only just so. Kogonada’s interests are quotidian and his movie, far from offering grand dystopic vistas, is hermetically sealed in dim, stylish interiors. Our glimpses of Yang are largely in flashback; at the start of the film, he has malfunctioned. The technician who examines him (Ritchie Coster), having opened up Yang’s core, lends the verdict that he’s a goner, beyond reboot. The whole thing is a little illicit; Yang was bought used and refurbished, and such prying into his hardware, like an iPhone, isn’t permitted by the company that made him.

Yang’s passing, though, unlocks new questions for Kyra and, in particular Jake. Yang’s memories are recovered, offering a highly unusual window into the inner lives of the technosapiens. How did life look through Yang’s eyes? Could he have been a more alarming presence — a domestic spy — than the docile robot he appeared?

No, “After Yang” is not here to ponder the more frightful sides of technology but use them to reflect back on humanity.

The air in “After Yang” is laudably contemplative but stale. It’s a movie you want to cheer because of its sincerity and thoughtfulness. A meticulously photographed sci-fi about family, identity and memory starring Colin Farrell? Yes, please!

But “After Yang,” noble yet inert, struggles to come alive. It’s less the deliberate pacing than the film’s hushed tones, whispered dialogue and mannered movements that give Kogonada’s calm chamber piece the airlessness of a very well-styled terrarium.

Still, I didn’t find myself forgetting the movie’s melancholy mood. Farrell, who’s starring simultaneously, unrecognizably as the Penguin in “The Batman,” is here far more unadorned. This is Farrell at his most soulful, and he gives “After Yang” a sweetness that leaves a lasting impression. “After Yang” may not reach the heights it’s seeking, but it’s easy to respect it for trying to tackle profound questions and reach a register of high-minded reflection.

ìAfter Yang,î an A24 release, is rated PG by the Motion Picture Association of America for some thematic elements and language. Running time: 96 minutes. 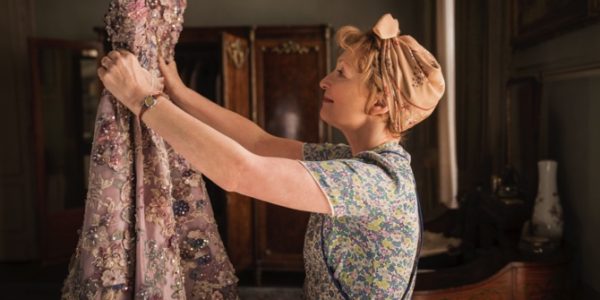