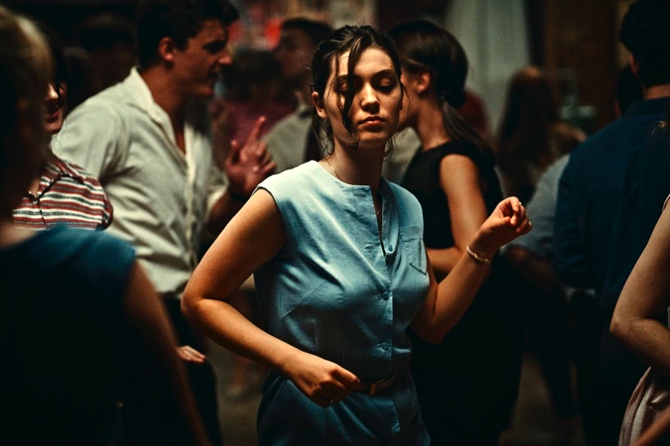 Anamaria Vartolomei in a scene from “Happening”

Happening  Audrey Diwan’s Golden Lion-winner at last year’s Venice Film Festival, is set in 1963 France but the period detail isn’t prominent. Instead, it’s an abortion tale that feels as though it could it could take place in many places, long ago or today.

It’s filmed in square-like academy ratio and it’s as if the edges of the frame are closing in on Anne Duchesne (Anamaria Vartolomei), a smart literature student — maybe even a brilliant one; we see her define “anaphora” without hesitation — who is shocked when a doctor informs her that she’s pregnant.

This is 12 years before abortion would be legalized in France and Anne’s predicament is immediately urgent. “Do something,” she tells the doctor, who replies that it’s impossible, “the law is unsparing.” For Anne, her apparently first sexual encounter threatens to derail her life just as it’s getting started. She comes from a working class background. Her parents — and most of all Anne, herself — have high expectations for her.

“I want to continue my studies,” she tells another doctor. “It’s essential for me.”

Films from Cristian Mungiu’s “4 Months, 3 Weeks and 2 Days” to Eliza Hittman’s “Never Sometimes Always Rarely” have captured the human toll of systems that give women little choice when faced with an unwanted pregnancy. What distinguishes “Happening,” Diwan’s second feature film, is, overwhelmingly, her and Laurent Tangy’s tightly composed cinematography and Vartolomei’s riveting, steely performance. To a remarkable degree, “Happening” is viscerally connected with its protagonist, closely detailing not just her navigation of social taboos and restrictions but capturing her unapologetic determination. It’s a movie about abortion, yes, but it’s also a coming-of-age tale about a woman’s resolve.

“Happening,” which opens in select theaters Friday and expands afterward, is based on the 2001 memoir by celebrated French author Annie Ernaux, who framed her ‘60s experience as it was recalled decades later by sifting through old journals and memories. Diwan’s film has no such framework, instead preferring to stay rigorously close to Anne’s experience as it’s unfolding. Abortion is to even her friends an unspeakable subject; just the hint of promiscuity is enough to make her nearly an outcast. In one frightfully vulnerable scene, classmates confront her in the shower for being “loose” while they and she are naked.

It’s a fittingly staged scene because in “Happening,” there’s no intimacy or pleasure for Anne’s body. It’s a battleground. When she’s asked for her reading of Louis Aragon’s “Elsa at Her Mirror,” Anne describes the poem’s war references. And she, too, is in a kind of war, with seemingly no one on her side, desperate for help — or at least for some honesty. Anne grows increasingly isolated but also hardened and defiant. Diwan films her clinical encounters at length and, in a film where no one wants to say the truth out loud, “Happening” culminates in Anne holding back screams of pain because the walls are too thin.

“Happening” an IFC Films release, is rated R by the Motion Picture Association of America for disturbing material/images, sexual content and graphic nudity. In French with subtitles. Running time: 100 minutes. ★★★★ 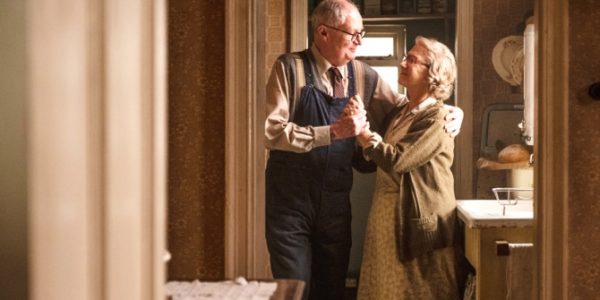