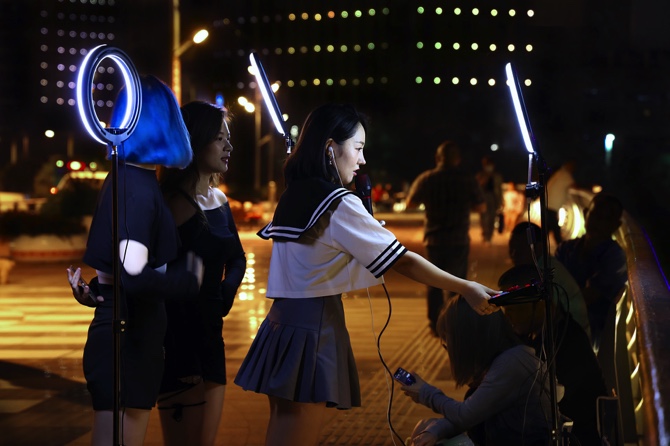 Popular influencers and livestreamers should be invited to Macau to conduct exchange sessions so that local residents will understand the new marketing model put forward by Macau New Economic Union, William Yao, president of group, has told the Times.

According to Yao, the group was recently chosen to introduce a new marketing strategy to Macau businesses and marketers. The strategy – online livestreaming – has garnered great success on the other side of the border.

Businesses in the mainland now mostly rely on this strategy to promote their brands, products, or services.

However, he pointed out that local business operators and marketers are not yet familiar with the trend and the impact of the strategy. “However, this implies rooms for expansion and progress; and to achieve this, we need to get knowledgeable [about how the mainland thrives in livestreaming],” he said.

He foresees that if popular mainland influencers are regularly invited to Macau and have exchange sessions with local influencers and livestreamers, “this will help with the harmonious society.”

To preemptively address criticism or argument, he stressed that he could not guarantee anyone who follows his group or platform will become a new popular influencer. “Because of different market practices,” he explained. “But we’re working [pragmatically] to introduce new skills and take local talents to other places,” he said.

He reiterated that his group will only aim at realizing cooperation with local livestreamers and influencers.

“We are not planning to compete with existing similar associations in the city, because by nature we are moving in a parallel fashion,” he stressed, noting, “we focus on collaborating with mainland livestreamers.”

The work of the newly-formed group started last year, when the pandemic first struck the world, forcing it to come to a halt.

“I had deep experience in having no job as a freelancer back then,” Yao disclosed. “I even sub-mortgaged my apartment to start this project.”

He said that he has confidence in the attractiveness and uniqueness of Macau’s tourism elements, so he invested in a short-video project featuring them. The videos attracted about 3.5 million views, which he found satisfying.

Then, in last year’s Guangdong-Macau fair, he invited executives from Meitu, China’s autotune photography app with 1.9 billion users. At the fair, they officially pledged to help Macau’s revival through livestreaming and influencer marketing.

Yao said that Meitu had pledged to offer bandwidth to Macau livestreamers who promote the city.

For the time being, Yao has a confirmed partnership with the Macau Tower to implement marketing plans. He hopes that the group’s work will be able to help local businesses garner revenue and generate employment or job opportunities for local residents.