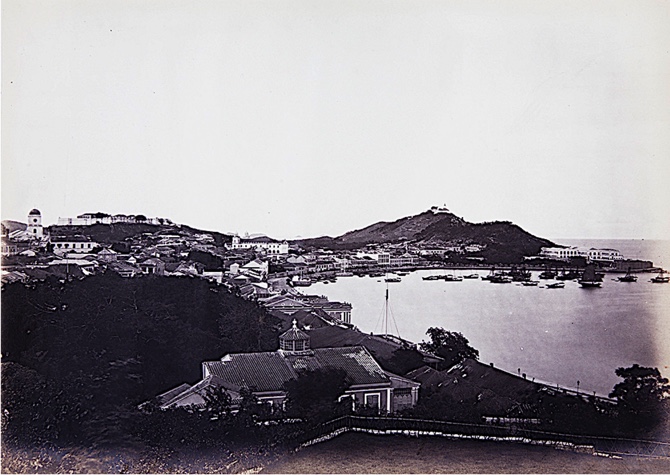 A database of historical sources: macauhistorysources.com

A website containing resources on the Macau SAR’s historiography, cartography, iconography and other materials that inform the city’s historic role in bridging continents and culture has been launched.

The project features foreign archives on the history of Macau from the 16th century to the 1950s.

The website – International Sources for Macau History – is an ongoing project of the East-West Institute for Advanced Studies (EWIAS), which was launched in 2014 and will run until 2025.

Through this project, academic institutions and researchers will gain new perspectives and partake in a historical reinterpretation of the city’s history in several subjects.

“The process will change the history of Macau if there are institutions and researchers able to study these repositories,” said one of the coordinators of the project, Professor Ivo Carneiro de Sousa.

The institute has already provided inventories of historical repositories from public and private archives, libraries and museums from Brazil, France, Spain, the Netherlands, and the UK.

The repositories available from the mentioned countries took five years to research, it being a necessity to visit those institutions’ archives, libraries and museums that hold historical sources on the SAR.

“Unfortunately, website resources are still very limited, let alone regarding old manuscript documents or other resources challenging to copy or scan,” said the professor, particularly referring to the case of religious institutions.

“Most documents are in the national languages –[such as] Spanish, Dutch, etc. –which require strong connections with local researchers,” the historian added.

According to de Sousa, most public and private institutions’ researchers in other countries are not aware of the importance of their collections to the history of Macau, downplaying the “transcontinental role of Macau from the late 16th century to mid-19th century from trade to cultural exchanges.”

Currently, the ongoing project is aiming to compile the inventory of Italian archives, libraries, and museums, as well as the Vatican archive and library, which has been researched for more than three years.

“In this case, documents are basically in Latin, and since I have researched several times in the Vatican archives, I am doing it personally,” said the coordinator.

“The number of documents in the Vatican archive related to Macau is immense. It includes very detailed reports on the situation of the Chinese-Portuguese enclave from 1582 onwards, offering important resources not only for the history of Catholic missions in Macau and China, but also for demographic, economic, social, and cultural history,” de Sousa added.

Questioned as to whether it is challenging in the academic world to find sources that show Macau’s role to other countries and regions, de Sousa said that “most academic institutions and researchers ignore these sources as well as the key historical role of Macau in bridging continents and cultures.”

The coordinator remarked that the documents inventoried through the website show the SAR’s role in the 18th-century fur trade from North America – present-day Canada – which has been ignored.

“French 17th-century sources, documents, maps, and iconography, stress the use of Macau for critical astronomical research that are largely ignored, including longitude investigations on the Saturn moons,” de Sousa explained.

“There are documents, images, and reports showing the role of Macau in botanic, zoologic, health research, and much more important scientific themes. Spanish sources account in detail, among countless other subjects, the coolies’ trade to Cuba, Peru, San Francisco, and other American places that [warrant] new historical research,” he added.

Currently, de Sousa is also working on a book that contends that the SAR has no contribution to trade between China and Portuguese-speaking countries.

For de Sousa, the occurrence of trade in these countries is a “bilateral relation and Macau has nothing to do with it.”

Along with de Sousa, the International Sources for Macau History is also coordinated by Professor Richard Whitfield, a Times columnist.