Interview with Eileen Stow : ‘We’re looking to find a place to exp and production and double the workforce’

Lord Stow’s Bakery, founded by Englishman Andrew Stow, has been serving Macau’s famed egg tarts for 25 years, and plans to expand its production capacity as demand grows. In an interview with the Times, the general manager of Lord Stow’s and sister of the famous egg tart creator, Eileen Stow, says that the hardships posed by high rents and hiring staff remain, but their will to continue serving the famed egg tarts from Coloane has endured. Another Lord Stow café is set to open in Coloane next year. 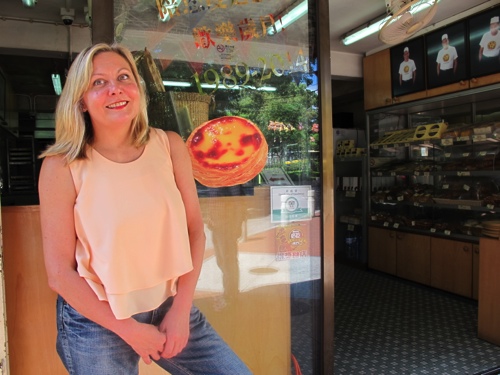 Macau Daily Times (MDT) – It’s Lord Stow’s 25th anniversary this year. Looking back, what would you say was the secret ingredient to your success?
Eileen Stow (ES) – I think my brother’s secret ingredient was seeing a hole in the market that no one else had filled. Firstly, there wasn’t a European bakery selling bread streetside. There were people supplying to restaurants and people supplying to the hotels, but they weren’t streetside, as far as I am aware.
Similarly, “pastel de nata” was not being sold streetside. Andrew went to Belém [a neighborhood in Lisbon] and he realized how popular “pastel de Belém” was, but he didn’t have the recipe. It’s a legendary tale; he didn’t have the recipe, so he bastardized it by using his English knowledge of custard and then the Portuguese went on to say, “Oh, it’s not the ‘pastel de nata,’” and Andrew said: “Well, it’s the best you’re going to get” [laughs]. The reality is there’s no copyright on the recipe. When people ask me if he copyrighted it, I say no; there are plenty of imitations of it in the market. He just invented a hybrid.

MDT – Why do you think it became so successful in Asia?
ES – It became so successful, in my brother’s opinion, because the Chinese already had their history of Dan Tan (egg tart). They didn’t know what “pastel de nata” was. They were the ones who dubbed it the Portuguese egg tart, because they didn’t know how to describe it. They tried it and enjoyed it, so they went to their friends and said “Oh, come and try this Portuguese egg tart.”

MDT – How has Lord Stow’s changed over these past 25 years?
ES – It has most certainly changed, because we actually make a profit these days. Back then, we had to pay a lot to our staff to come to Coloane. You can make very bad business judgments in your early years as well. That’s the major change; we’re a comfortable business now, we’re able to expand and we’re making good profit. We’ve learned a huge amount of lessons from franchising experiences. People think franchising is an easy way to make money; no, it isn’t. It’s a difficult way to make money, and, from our experience, a lot of prospective franchisees expect that you’re waving a magic wand over them and that they’ve got a money-making machine, when [in fact] a product like ours needs the equal passion from their side. So there are two surviving franchisees – Japan and Manila – because they put their passion into it; and we have a licensee in Excelsior in Hong Kong.
We’re not looking to franchise particularly at the moment. We’re more concentrated on supply and demand here. 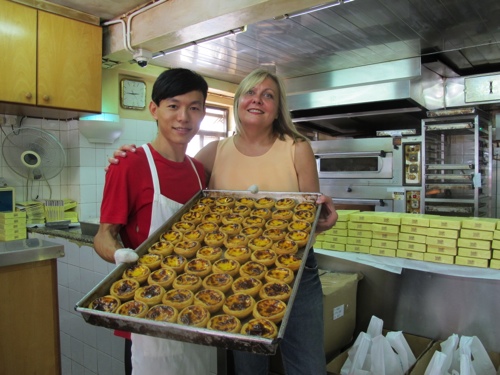 MDT – What challenges has the business faced?
ES – The challenges in the first years were obviously in finding the investment that we needed to expand. The challenges in the late 90s when Andrew started franchising involved people turning up and approaching his staff; it was very difficult to retain loyal staff those days, because the dollar spoke [louder].
The biggest challenge that the business faced was obviously Andrew passing away. I think the unspoken word was that the business would fail and collapse without him, but with a fantastic set of long-serving staff that have stayed with me, we’ve turned it around. And with Andrew’s daughter, Audrey, helping, we’re moving well into the future.
Challenges we face at the moment are the same as everybody doing business in Macau. It’s staffing and rents, because the rents strangle businesses and the sniff of high rents is wafting its way toward Coloane village, unfortunately.
My feeling is that if Andrew started his business today, I just don’t know how he could’ve possibly done it. A guy with similar passion in his position would have to throw himself at the mercy of investors, which Andrew unfortunately didn’t have to do. It’ll stay that way. But I just don’t know how – if you had a brilliant idea tomorrow and wanted to find the money yourself at a young age – I don’t know how you could do it. It’s nine months in rent before you can open. And where are you going to find the staff?

MDT – How are you coping with labor shortage issues?
ES – What we have to offer is very much a family-based business that’s not too big. People know each other’s names, and a lot of people respond positively to that. We build as many benefits for staff as we can as a small business.
It’s easier in Taipa; it’s nigh on impossible to get local people willing to travel out to Coloane [to work]. On a manager level, it is fine because of the managerial salaries. From the staff perspective, it is very difficult and I have to rely on a lot of agency workers, which is not ideal at all. But we manage.

MDT – How many employees do you currently have?
ES – I have 130 staff; of that, about 70 are locals. About 40 are from overseas, and then around 20 are temporary workers.

MDT – Who are the employees actually baking the tarts?
ES – Baking an egg tart is actually quite easy as long as you follow the guidelines, and they [employees] are closely supervised when they’re taught. Producing the pastry is a more difficult process. That takes place in our factory in Taipa. And every pastry shell is hand-pressed, so we have a team of 13 ladies, all locals, who hand-press those pastries into pastry shells; and they get paid per piece, so they actually do very well out of it. It’s a very important part of the process, so it’s never taken for granted – producing the pastry in its state. Before that, it’s obviously done by experienced pastry bakers, the majority of whom are local guys. Again, I need a bigger factory space now to enable me to supply to demand, and that’s becoming my current headache.

MDT – How do you intend to cope with the demand?
ES – We’re about up to capacity on production now. So it’s quite difficult. We’re looking to find a space to expand production, and double that workforce [to produce pastry]. Without doubling the workforce, I can’t think about taking on any new business opportunities. We have been offered them [business opportunities] in Macau, but not all of them we want, because I don’t want to be on every street corner.
If I was looking to expand from an egg tart outlet, it would be on Taipa, but I don’t want to mention any names, just in case whoever made me that particular offer gets too excited. We are taking another café around the corner here in Coloane. We’re developing that and hopefully it will be opening early 2015.
MDT – How do you see the future of enterprises in Macau with rents becoming increasingly high?
ES – When rents go high, [the one] who ends up paying is the customer, because otherwise you can’t afford to continue doing your business. It’s a question of what price the customer will be able to bear. Of course, that leads to spiraling inflation, so there has to come a point where people stop being willing to pay those property rents.
What I want for my business is to stay put. My business is viewed as a family business and it will be here for generations to come. I’m not looking to sell, nor is Audrey. Macau has been very good to us. People say, why don’t we develop in Hengqin Island? We see ourselves as Macau. I’m very proud of being in Macau; I don’t want to be opening [an outlet] everywhere. I want to serve the customers that we’ve got here. 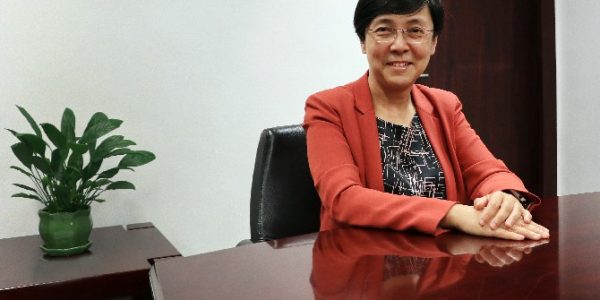 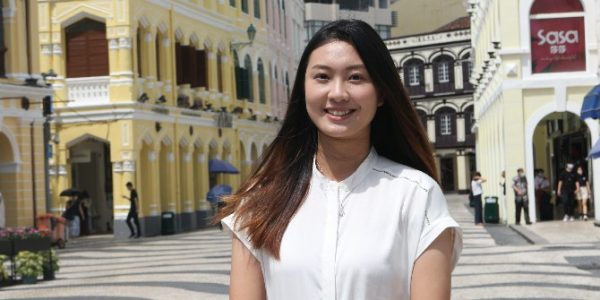