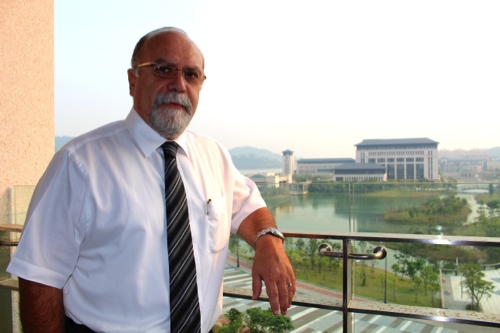 The European Union Academic Program (EUAP) Macao, launched in 2012, is part of a network of 37 EU centers worldwide. Led by the University of Macau in collaboration with the Institute of European Studies of Macau, the project has a EUR1.3 million budget shared by the EU and the two local institutions, seeking to enhance Macau’s excellence in EU studies and further the general public’s knowledge of the EU.
In an interview with the Times, the director of EUAP-Macao, Mr Rui Martins, who is also UM’s Vice-Rector (Research), looked into the program’s development as a means of making an already traditional relationship even stronger. Professor Martins said that integration between the EU and other trading blocs such as Asia is crucial to overcome the current financial crisis.

Macau Daily Times (MDT) – The EUAP was launched in 2012. What’s your review of these two years?
Rui Martins (RM) – We applied to this program due to our previous experience with other European Union programs. We had a Jean Monet Chair program, in the area of legal studies, which was quite successful.
There was a call for the EUAP in 2011. We joined forces with the Institute of European Studies of Macau and put together a tender to submit to the European Union. The proposal was approved and we launched the program in the end of 2012. This is a four-year program. It is very broad, involving the faculties of Law and Social Sciences.  It also involves the Institute of European Studies, with one part of the program carried out by them. We also cooperate with European universities, namely Coimbra, in Portugal, Maastricht (Netherlands), Cambridge, and others.
The main reason we applied and we run this program is that we intend to make the European Union better known here. It’s a tradition to have this good relationship with the European Union and we wish to reinforce it.

MDT – The program features other goals related to enhancing excellence in European Union studies, through Bachelors, Masters and PhD programs. What has been done at this level?
RM – The main goals are to strengthen Macau and the European Union’s academic cooperation, to enhance Macau’s excellence as a hub for European studies, and establish new partnerships with European universities. But one of the most important features of this program – outreach activities – is conducted by the Institute of European Studies. This is the part through which we try to raise awareness of the European Union in Macau, involving schools, universities and different professional sectors. We have had seminars for journalists; we had a study mission to the European Union; a summer school involving 24 students from local secondary schools; we have had the model EU, where several students will do a simulation of the European Union Council. We are having a second edition this coming December.
With this program we further developed the activities in the UM’s European Studies Masters program. We are also starting several research projects in this area, where Masters and PhD students participate, and we offered two scholarships for five PhD students in the areas of law and social sciences. We also have undergraduate exchange [programs], and fellowships with other European universities.

MDT – Regarding the activities within the framework of the EUAP, has there been great demand from local students?
RM – At Masters level, the number of students is basically 50-50 in terms of local or mainland students. Macau’s economy is doing very well, so basically everybody that gets a degree in the university immediately has a job. So the number of students going for post-graduation from Macau is not so high. The percentage we have for Bachelor level is around 80 percent from Macau and 20 percent from China. At PhD level it is the same.

MDT – What has led mainland students to pursue studies of the EU?
RM – The relationship between China and the EU has been reinforced. The same happened with the relations between China and the Portuguese-speaking countries. So the interest for studying Portuguese at the University of Macau is greater than for English. For the European Union it is the same. They become closer to China. So there are many jobs and opportunities. We already have one graduate in law following European Union studies who graduated in July and she’s returning to the mainland to teach EU subjects. Eventually, other jobs might emerge.

MDT – The EU faces a crisis and a time of uncertainty. In what way could students and scholars here help to provide insights into the EU’s future?
RM – It was more a financial crisis but the truth is that the whole world is in a financial crisis. Even just two days ago there was a meeting with IMF, the World Bank (…) it is clear the crisis is here to stay. We have to do our best and try to work on improvements.
The integration between the two blocs is fundamental for this crisis to be solved. This knowledge of other blocs, China trying to know Europe better and vice-versa… this has always been a good topic for people wanting to work in the global market.
MDT – How do you understand the relationship between Asia and Europe now? Is it particularly focused on trade?
RM – Countries like Germany, Italy, France, even Portugal, are doing business with China, because China is an emerging market, having become one of the leading economies. The European Union, as one of the largest economies in the world…the relationship with China is very important. We see demand from a Chinese middle-class for European products: food and beverages, for instance. Even some of the goods you see in Macau, these come from Europe. And culture comes attached to trade.

MDT – What kind of role could Macau play in this relationship?
RM – Macau is already playing a role, because under the “one country, two systems policy,” Macau enjoys a relationship with Europe, even independently of China. We have a special trading program between Macau and the European Union, already since 1992, also involving academic cooperation with Europe. It was a lasting relationship even before the creation of the MSAR. Macau is working on that relationship with autonomy.

MDT – Two years have passed since the launch of the program. What have you envisioned for the next two years? Is there any possibility of getting the program renewed?
RM – This is an intensive operation. We’re launching new modules, exchanges of students and scholars, and outreach activities. In the coming two years, we need to focus on executing this program, because execution must be very tight, with the budget being closely monitored by the EU, and all the bureaucracy it entails. Closer to the end, we should consider about the future and see if there are conditions to further develop into another program, depending on whether the EU opens another round of funding, too.

Expanding beyond the original plan

The EUAP’s Executive Program Manager in Macau, Mr Paul-François Polidori, has said that they have expanded, based on the original grant agreement, providing more events than initially planned. Besides promoting events such as the Model EU, the EU Day, and conferences on EU affairs, they are also planning to launch a short-film contest. “We’re going to have a group of students from the communications department preparing shorts about the EU or Macau-EU relations (…) We are also working with schools to promote the EU and European history, as we have a demand for that,” he revealed. 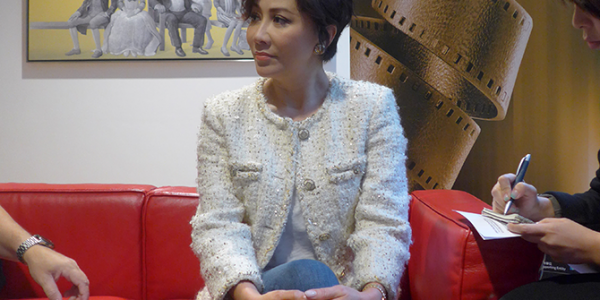 Q&A | Carina Lau: ‘The rise of Chinese cinema has left Hong Kong behind’ 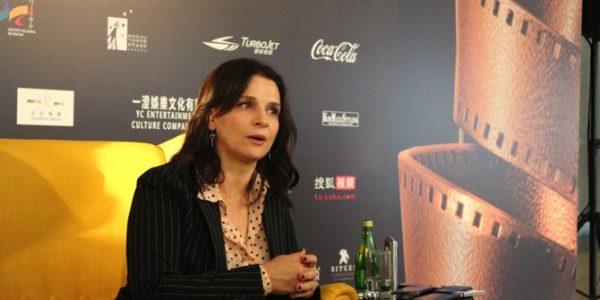 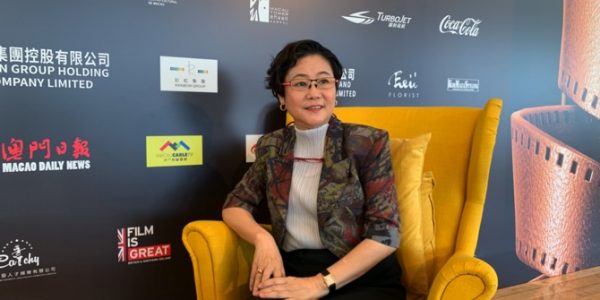 Q&A | Li Shaohong: A reflection of life across the border 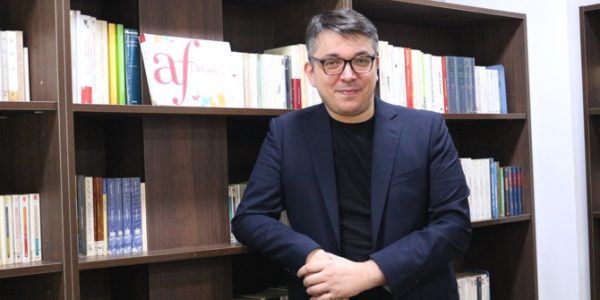