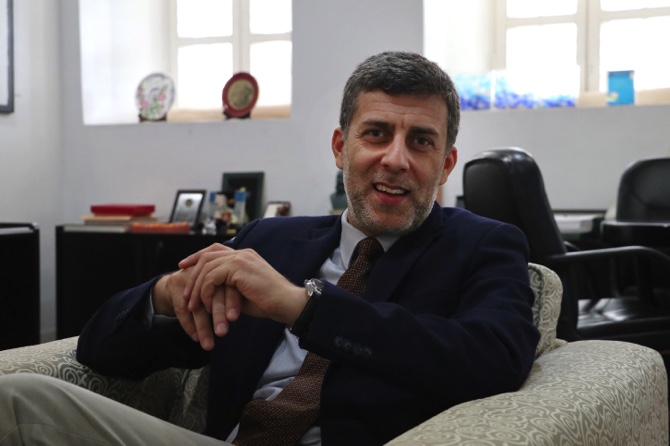 The Portuguese language is facing a renaissance in Macau as it once again sees itself become a practical medium of communication, the Times has learned, contrary to its mostly ‘ceremonial’ or heritage role in the decades since the handover.

One year after his appointment as director of the Portuguese Institute of the Orient (IPOR), the Times spoke with Joaquim Coelho Ramos to learn more about the new developments of learning the Portuguese language in Macau as well as the upcoming challenges for the institution.

In an interview with the Times, Ramos noted his joy not only for the consistent growth of IPOR and its increasing number of students, but also for the fact that the Portuguese language has started to be regarded by the students as a working tool and not just as an emotional or heritage factor, which was a widely held view in the past.

Reviewing the work done in the past year, Ramos said, “I can make a very positive evaluation of this first year of work from an executive perspective. We have managed to respond to a growing demand that has been arriving at IPOR and we have been catering to a rising demand from children and youngsters, which was quite surprising for me.”

For the IPOR director, the fact that more Chinese families with no direct bonds to Portugal or any Portuguese heritage opt for their children to learn Portuguese is very important.

“The families are understanding that the growth of the Portuguese language at an international level can work as a tool for the youngsters,” he said, adding, “this seems to indicate that people are seeking to learn the Portuguese language to use it in their daily lives and in professional terms, although this is just our perception for the time being.”

“We do not have the data properly [analyzed] yet and we will only address this situation with a concrete and clear view after each year, but I can say that for the time being most of our learners are young people, from Chinese families and without a clear or obvious link to Portugal or the Portuguese language,” said Ramos.

He noted that this is “particularly interesting and it might indicate that somehow […] the way the Portuguese language was seen has changed.”

While in the past, the Portuguese basic courses directed at general learning and basic communication were most popular, now it seems that the growth in the number of learners in these courses has stabilized, giving way to a more significant increase in the courses that provide professional uses for the language. The growth has been seen mostly in the courses related to the fields of health, economics and administration.

Although the large majority of students are Chinese-speakers, the director noted that there are currently students from several countries such as Australia, the Czech Republic, and Russia, among others.

The growing status of Portuguese

With the Portuguese language continuously growing as a tool for professional applications, the director of IPOR noted also the increasing status of the language in Macau that has led to a rising demand in local schools.

“I have been seeing a growth in demand for teachers by the schools in general. I also have seen that more and more schools’ pedagogical projects include Portuguese language learning. This has to do with both the Portuguese language as a tool and as heritage,” says Ramos.

According to Ramos, the increase in demand happens in both private and public schools and it is related to the present growth of the status of the language due to government programs.

“In this chapter, I think that the local government has been cleverly exploring, for example, the Portuguese-speaking talents in arts and several areas of artistic fields to make use of Portuguese-teaching,” he said.

“This leads the way to the opening of new worlds through the language, which has been attracting talents from Portuguese- speaking countries to the region through the arts.”

Along with teaching the Portuguese language, the director of IPOR also notes that the institution aims to grow its cultural offerings as learning a language is inseparable from learning a culture.

Ramos also noted that the Portuguese language in local schools has been frequently attached to a government strategy concerning Portuguese-speaking countries. To progress further with the strategy, Ramos said that there is a need to reinforce Portuguese as a channel of communication.

“We can say that this is also connected with the Chinese initiative of investing in the long run in the Portuguese language as a channel for building and developing the artistic field, not just for appreciation but as wealth generation. This is something that is already a reality in several other countries,” Ramos said.

Noting his own personal experience, Ramos remarked that in countries such as the Czech Republic, art is seen as an asset and an important driver of the economy.

“Arts and culture, in general, can be used as a mechanism of tourism attraction and mechanism of job creation and creativity, which can then branch off to other areas such as design, electronic arts and information technology.”

Friend or foe: the role of English

With English on the rise in professional Macau, Ramos was asked about whether this European language is supportive or in competition with the learning of Portuguese.

Regarding competition between different languages, Ramos remarked, “we are not in a logic of competition but, instead, in the logic of fluency.”

“All reasons for learning a language are good,” he stressed.
“Languages have several mechanisms of attraction, one of them is emotional and another is more pragmatic. In what concerns to the second one it has more to do with the need for effective usage of language in professional terms and this usually relates to an interaction between languages.”

“In business terms, usually people seek to learn a language according to the market they want to reach,” added Ramos.

“I would say that, for example, in a context of Portuguese for economics purposes, English can be seen and used as a ‘reserve language,’ but we always try to use Portuguese as much as possible as it is proven by linguists that hearing – even if people are not fully understanding the message – is important in terms of getting in contact and learning a language.”

“[The English language] can work in support of Portuguese teaching, but this has to do mostly with the individual approach of each teacher and according to the needs of the students or the class that the teacher is teaching.”

“The idea we have here is not of competition with other languages, but of cooperation. The same goes for other schools and institutions locally that teach Portuguese, many of them offering academic degrees,” he explained.

“Our logic is not to compete with them. We want to be complementary. This is why it is working. I think this is a vision that should be nurtured and I am sure it will be, at least during this board of directors mandate.”

Despite the positive self- evaluation of the Institute’s progress, there are still areas that require improvement and this poses a challenge to IPOR.

“There are still areas in which we still need to work more, for instance in the production of teaching materials. We need to update those materials, not just in textbooks but also in our own authentic and complementary materials such as lexical guidebooks. This is work that has been receiving a lot of attention from IPOR.”

Another challenge for IPOR is related to the continuous improvement of teaching quality, in which Ramos says that they are continuously carrying out training.

According to Ramos, “as someone once said, ‘It’s not only in medicine that leaps forward happen, the same happens in pedagogy and linguistics and so we are allowing our colleagues to keep on training.’”

Lusophone world to be Africa-centric by 2050

The majority of the world’s Portuguese-language speakers will live in the continent of Africa by 2050, according to Portugal’s Foreign Minister, diminishing the weight Brazil currently commands in the Lusophone world.

There are 250 million speakers of Portuguese around the world today, with Brazilians accounting for about four in every five of them. The weight of Brazil has allowed the country to exert a cultural influence on shaping what is regarded by some as a highly dynamic language.

But the Lusophone landscape will look markedly different in the next three decades, when the number of Portuguese speakers doubles on the back of surging growth in the former African colonies.

“The Portuguese tongue today is, above all, Brazilian,” said Portugal’s Foreign Minister Augusto Santos Silva, as cited by Agência Brasil. However, “the demographic growth of Angola and Mozambique, coupled with a decline in Brazil’s population, will pull the pendulum of the Portuguese language towards the African continent.”

Six of the nine nations of the Lusophone community are in Africa, namely Angola, Cape Verde, Guinea-Bissau, Equatorial Guinea, Mozambique and São Tomé and Príncipe. The other members of the community are Portugal, Brazil, East Timor and the Chinese territory of Macau. DB 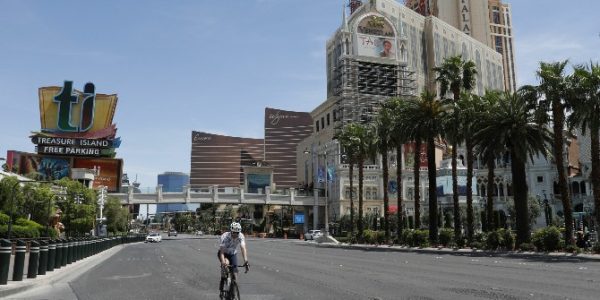 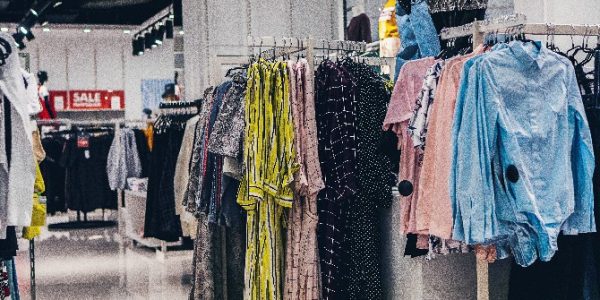