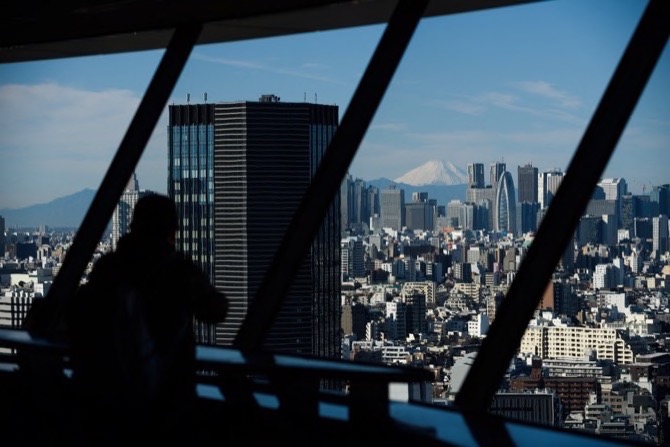 Foreign investors have sold a net USD70.3 billion of Japanese equities since the start of 2018. The early days of Abenomics, when they were huge net buyers, are a distant memory.

The usual suspects are cited as reasons: fear of the impact of the trade war, a strengthening yen, and a looming increase in the sales tax.

But there’s another factor, one that’s not exactly new but is becoming more relevant: China.

“It’s just a much sexier story,” said Howard Smith, a partner and fund manager at Indus Capital Partners in San Francisco. China has been “a big drawer of capital out of Japan.”

Index compiler MSCI Inc. announced earlier this year that it will expand the weighting of China-listed shares in benchmarks tracked by global investors. That comes when money managers have lost hope Prime Minister Shinzo Abe will overhaul the Japanese economy as promised in his three-arrow plan.

“Alpha is in China and it’s here to stay,” Kamai said.

Investor demand for Japanese equities fell to its weakest in more than two years in a survey earlier this year by Bank of America Merrill Lynch. Global investors don’t plan to be overweight Japan over the next 12 months as they remain cautious about companies’ profit outlooks, according to the survey conducted April 5 to 11 with 239 investors participating.

Even some brokerages are becoming negative. Jefferies Financial Group Inc. lowered its outlook for the country’s shares to “modestly bearish” last month, citing a stronger yen and the planned consumption-tax increase to 10% from 8% in October. The benchmark Topix index has fallen 17% from a 26-year high in January 2018. While it’s up 6.4% this year, it’s still the worst performer among 24 developed markets tracked by Bloomberg.

Foreign investors “have been much heavier net sellers than you would expect,” said Jonathan Allum, a strategist at SMBC Nikko Capital Markets Ltd. in London. “Recent surveys suggest that investors have become very gloomy about the global economic outlook. This may have led them to reduce exposure, in particular to Japan.”

For Smith of Indus, the market is partly a victim of its own openness. Japan has an open capital account, a freely convertible currency and sophisticated options and futures markets for its stock indexes, he noted.

“It’s the easiest market in the region to express risk-on or risk-off bets,” he said. “People, when they want to express risk off, Japan is an obvious place to do it because it’s so free and so open and so liquid. And quite often that has nothing to do with Japan. It’s just a global, risk-off bet.”

At the same time, as investor talent leaves for greater China and Singapore, Japan “is traded more and more by non-specialists or by machines, passive money,” Smith said. “The previous critical mass of active managers who really knew the market has disappeared or has shrunk a lot.”

Smith said his firm remains positive on the country. He cited efforts made to improve corporate governance, including the landmark case last month where shareholders voted to reinstall a chief executive officer who had been ousted under questionable circumstances at toilet-maker Lixil Group Corp.

But that doesn’t mean Indus, which invests about half its $4.5 billion in Japan, is immune to the trend.

“It’s not easy to raise money in Japan, not easy at all,” Smith said. “Because people are skeptical.” Min Jeong Lee, Bloomberg