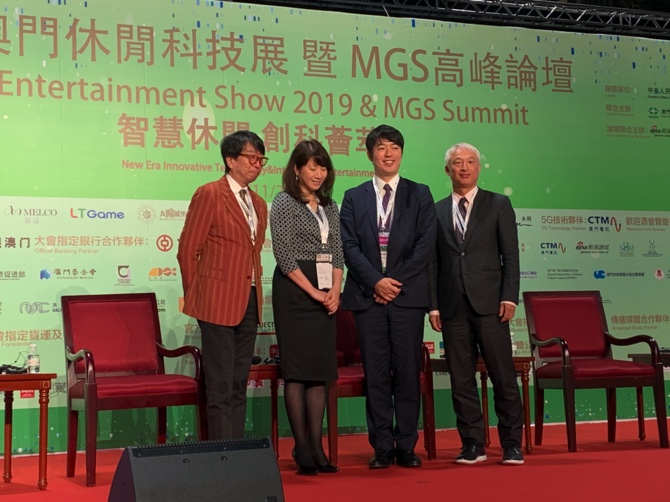 Four Japanese financial experts and prefectural government officials have agreed that Japan has a lot to learn from Macau in terms of the opening and operation of integrated resorts.

The experts commended Macau’s pace of development, recognizing that the city only opened the market to international investment in 2002. In addition, construction of Macau’s integrated resorts was also swift: within very little time, Cotai was covered by integrated resorts.

For the time being, eight cities have shown interest in bidding, five are metropolitan cities and three are smaller, more local cities. Among the former are capital city Tokyo, alongside Osaka, Yokohama, Chiba and Aichi, the host city of the World Expo in 2005.

The first of the other three bidding cities is Tomakomai, in the country’s northernmost island of Hokkaido. The city is very close to the island’s main airport, Chitose.

The second is Nagasaki, a city rebuilt after one of the world’s only two nuclear bombings, is also being considered. The location will be near the famous floral park, Huis Ten Bosch, the miniature Dutch theme-park.

The third “local city” is Wakayama, a coastal city located across Osaka Bay from Kobe.

According to the experts, should they win the bid, these three local cities are expected to integrate the resorts with their own natural or cultural characteristics. The new structures should blend in with the existing geography.

The experts hinted there might be more cities to show interest.

The Japanese government’s plan indicates that the new integrated resorts are expected to double the current annual visitor count of 30 million tourists. “They are expected to boost the figure to 60 million,” said one of the experts.

In terms of money, the country expects that the resorts can boost gross domestic product to JPY500 trillion, about MOP37 trillion, per year.

Japanese culture is known for its respect for procedures. The four experts said that the legislation that facilitates commercial gambling and integrated resort operations was passed in 2018, nine years from the first utterance of the introduction of integrated resorts to the country.

The next five to six years are essential for the Northeast Asian country, because there will be a lot to accomplish.

Once the locations have been determined, interested investors will be offered one year to compile and submit their respective proposals to the city or prefectural governments.

In addition, Osaka, a city located in Honshu, the central island of Japan, is already indicating its aspiration to build integrated resorts. Even the moderator expressed his hope that the city win the bid.

One of the experts, Masahiro Terada, thought it was the right time for Osaka, if successful, to open an integrated resort in 2024, because it will coincide with the World Expo to be held in the city the following year. “The two projects can create synergies,” said Terada.

More hotel rooms will be needed to accommodate the influx of tourists travelling to the Osaka Expo.

However, Terada agreed that it is a very difficult task, because there is a lot more to do before actually breaking ground. “Time constraints” was the repeated topic during the session.

The experts said that there were voices in Japan proposing the partial opening of integrated resorts in 2024, but the law and actual circumstances within the country have to be considered.

The experts recalled that partial openings had been workable in some countries, such as Singapore. The proposal, however, may create legal problems in Japan. For instance, there are stipulations in terms of Meeting, Incentive, Convention and Exhibition (MICE) facilities and the size of each casino.

Human resources are also an essential factor affecting the opening date of the first resorts. It is widely known that service standards in Japan are exacting.

Despite this, the experts agreed that a partial opening is a good proposal due to the hosting of the Osaka Expo. “We are still reviewing all possibilities, and the national government is open to a partial opening,” said the experts. The moderator, Akira Kurita, added that he believed all Japanese would work together to accomplish the plans.

To end, the experts thought it was more important to consider what would suit Japan best in the integrated resort projects. As Terada put it, “I won’t think of the resorts as lunch boxes. It is not that there are six elements required, and then we put all of them in. We need to think strategically in arranging our resorts.”