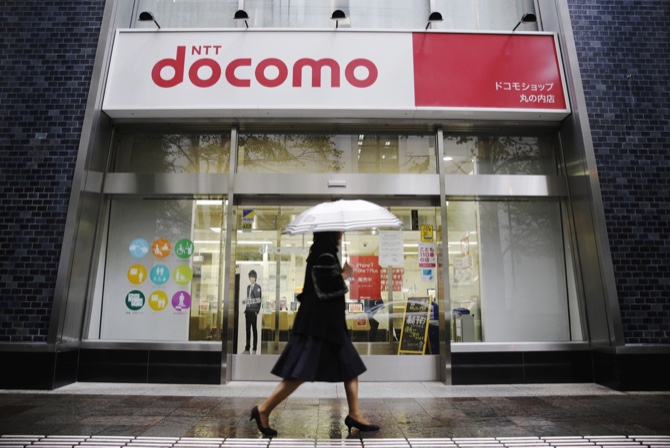 NTT Docomo Inc. led a 3.8 trillion yen (USD34 billion) stock rout of Japan’s top three mobile carriers after it appeared to cave in to pressure from the government, which has long claimed the nation’s phone bills are among the highest in the world.

Docomo, which said Wednesday it may cut rates 40 percent and “return” 400 billion yen to customers, plunged as much as a record 15 percent in Tokyo trading yesterday. Rival KDDI Corp. tumbled as much 17 percent, and SoftBank Group Corp. slumped as steeply as 9.1 percent amid concern that they will follow suit.

“What surprised investors is Docomo will take about five years to recover above the profit level for the current fiscal year,” said Naoki Fujiwara, chief fund manager for Shinkin Asset Management Co. in Tokyo. “Other major mobile carriers may have little choice but to follow Docomo with price cuts.”

During its earnings announcement on Wednesday, Docomo unveiled a mid-term plan that signaled its profits won’t recover until fiscal 2023. Docomo reduced its forecast for net income in the current fiscal year by about 3.6 percent to 670 billion yen, which would mark a 10 percent drop and the first annual decline in years.