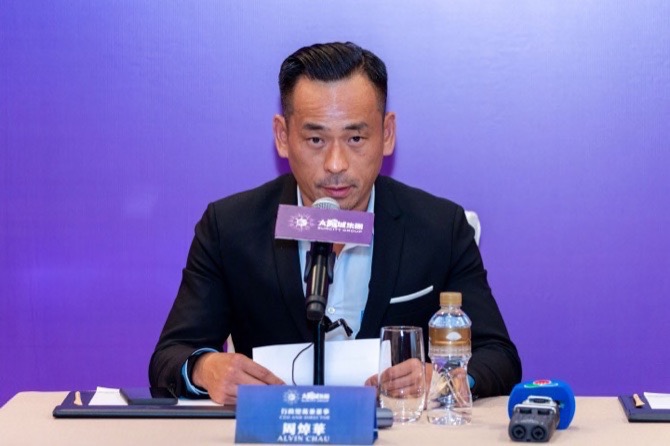 Hong Kong-based Suncity Group has said neither it nor its majority owner and CEO have been notified of any investigation by authorities in Australia.

In a filing to the Hong Kong Stock Exchange, the company skirted around media reports suggesting that its owner, Macau businessman Alvin Chau, had been barred from entering Australia for a period of 12 months.

“[The company] would like to clarify that Mr. Chau has no intention to go to Australia for the forthcoming twelve months and he is not aware of the said investigation of such Australian casinos,” noted the filing. “Mr. Chau further clarifies that he is not subject to any Australian investigation as at the date of this announcement.”

The announcement rebutted the claims of Australian newspaper, The Age, which said that the country’s Department of Home Affairs was interested in a possible connection between Crown Resorts and junket operators with links to criminal activities.

Last week, an exposé by The Age, The Sydney Morning Herald and the 60 Minutes television program reported that Crown Resorts used junket operators with links to drug traffickers as it sought to bring higher-roller Chinese gamblers to its Australian casinos.

Citing more than a dozen sources, the Australian media outlets concluded that Crown Resorts had partnered with the criminal syndicate to gain access to the Chinese VIP market, notwithstanding the fact that the partnership would bring the casino operator closer to money laundering, the trafficking of both people and drugs, and influential agents of the Chinese government.

In response, Australia’s government announced that a special investigation will be opened into junket operators based overseas that partner with local casino operators.

Suncity Group noted in its filing that it has “no business operations in Australia.”

However, as reported by several media outlets, the Hong Kong- based company that made the filing does not include its Macau junket business on its balance sheet, suggesting that other entities controlled by Chau could have dealings in Australia.

It has been a summer of bad news for Alvin Chau and his junket promoter business. Shares in the Hong Kong-listed firm have fallen nearly 55% since early May.

Last month, a Chinese media outlet accused Suncity Group of operating offshore online casinos and allowing proxy betting services on these platforms. Both are banned practices in Macau and the mainland, though not necessarily forbidden in the overseas jurisdictions alleged by the report.

After the incident, Macau’s Gaming Inspection and Coordination Bureau stressed that any violation of the law by a junket promoter – even if such a violation takes place outside of Macau – could have implications for the suitability of the junket to operate in the SAR.

The official response from the Macau government dampens the prospects of the junket promoter winning a Macau casino concession, should one open up after the current six expire in 2022.