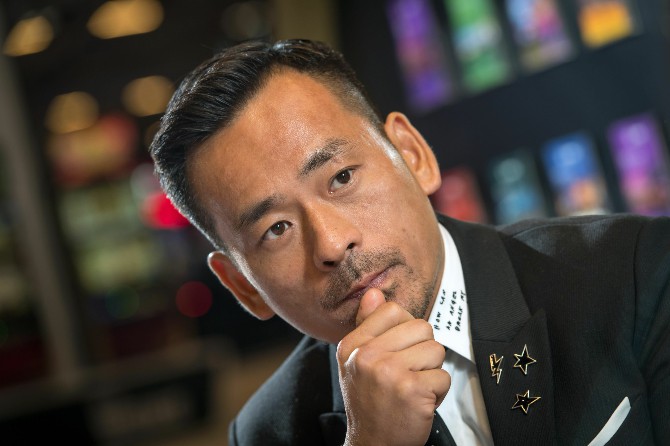 Five days after its chief executive officer was arrested, Suncity Group is closing all its VIP gaming rooms in Macau casinos and no longer paying some staff, said people familiar with the matter, Bloomberg reported last night.
The biggest junket operator in Macau will close its rooms from Dec. 1 and stop paying some employees from the same date, said the people, who asked not to be identified as they’re not authorized to speak publicly. Some employees were also told that their salaries for November may not be paid on time, said the people, adding that it wasn’t clear if the closures are temporary or permanent.
The salary suspensions affect at least one third of Suncity’s workers in Macau, one of the people estimated.
According to Bloomberg, Suncity staff cannot currently access company systems such as email and chatrooms due to the police investigation, two of the people said. The group’s website has also gone offline.
Since Chau was detained over the weekend, the company’s Hong Kong-listed arm Suncity Group Holdings Ltd. which doesn’t include its junket operation, has plunged over 50%, while a Bloomberg gauge of casino operators has dropped 10.4%.
News of Suncity’s VIP room closures and staff furlough was first reported by media outlets Hong Kong Economic Times and HK01 yesterday
On Monday, Suncity said in a regulatory filing that Alvin Chau, who was detained on November 26 and is currently in pre-trial detention, intends to resign as chairman and executive director.
The Judiciary Police said on Sunday that Chau confessed to establishing overseas gambling platforms and carrying out illegal virtual betting activities. As part of their regular activities, junkets service high-rollers and extend credit to them.
“We are heading for a junket-free scenario for Macau casinos,” said Angela Hanlee, an analyst with Bloomberg Intelligence. Macau gaming companies may experience severe shrinkage in the VIP gaming business as authorities tighten supervision over junkets in mainland China, she wrote in a November 26 note.
Suncity confirmed that none of its subsidiaries or staff are under investigation in connection with Chau’s arrest.
While the firm said it is dependent on financial support from Chau and his related companies, the board doesn’t expect the incident to have a material adverse impact on Suncity’s daily operations, according to its HKSE filing. Suncity’s listed arm does not include its junket operation.
The group’s license as a gambling promoter (or “junket” in the industry lingo) is due to expire on December 31. The license is owned by Alvin Chau’s sole-proprietorship company.
The swift downfall of an organization that once saw HKD180 billion ($23 billion) bet by high rollers in its VIP rooms in a single month underscores China’s intensifying crackdown in the world’s biggest gaming hub.
Suncity accounted for more than 40% of Macau’s junket market, or about 15% of the city’s gaming revenue in 2019, according to JPMorgan Chase & Co. analysts including DS Kim, as quoted by Bloomberg. They predict that Macau’s junket-driven VIP revenue pile could contract by half in the coming weeks. By 2023, the VIP sector may only drive about 4% of casino operators’ earnings, they estimated, compared to 15% in 2019. MDT/Agencies