Kapok | The facts, just the facts 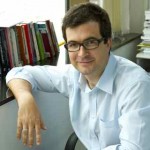 With the advent of “alternative facts” and the dereliction of truth, the destructive and all-encompassing reign of opinion has come of age, with emotions as its soldiers. Very soon, albeit a tad late, one comes to realise that with passion comes suffering, as ancient Greeks knew all too well. One fully internalises the gravity of the situation when classical political philosophers start to be invoked, especially the ones who dedicated their lives to reveal the ugly and relentless workings of totalitarianism. All of a sudden, there is no more Godwin’s Law to artificially overcome blunt reality.

Among these, Hannah Arendt holds a unique place, and if I had to choose one of her numerous rays of light to provide weight to my own words, I would go for this one taken from her “Origins of Totalitarianism”: “the result of a consistent and total substitution of lies for factual truth is not that the lie will now be accepted as truth and truth be defamed as a lie, but that the sense by which we take our bearings in the real world—and the category of truth versus falsehood is among the mental means to this end—is being destroyed.” Without the facts, no well-informed opinion can be formed.

And it is not because our darkness is a little less dark, or our shadows synonymous with vacuous fuzziness that we should not turn our head towards them.

Such was my state of mind when I looked at the subsidies distributed by the Macao Foundation (MF) in the fourth quarter of 2016, but rather than focusing on the last three months, I aggregated the figures for the whole year. Despite being in decline—MOP1.536 billion against MOP1.845 in 2015—this is still a hefty bonanza.

The big winner is the Macau University of Science and Technology (MUST), as its endowment of MOP524.6 million constitutes a staggering one-third of the overall subsidies for 2016! The subsidy for MUST appears to be quite generous—regardless of the private hospital there is to run—when one considers that only 31 percent of the students enrolled in 2015/2016 are local. Moreover, MUST has been the greatest beneficiary of the MF for the past three years, and the 2016 sum is simply unprecedented.

In second, with MOP124 million, we find the Kiang Wu hospital; no surprise there, as the foundation running this private institution is jointly managed by the family of the Chief Executive, the head of MUST and a loyal legislator who made a name in justifying domestic violence.

In third, the City University of Macao, headed by another member of the Executive Council (EC), swiped MOP83 million, whereas the traditional associations (Federation of Trade Unions, the Women’s General Association, and the General Union of Neighbourhoods) are being kept on a stable leash between MOP46.8 and MOP36.8 million. At least 15 out of the 20 most generously funded organisations can be traced in one way or another to a legislator or member of the EC. The legislative elections campaign, limited to 15 days you said?

And yet, by my own calculation—2 percent of the gross gaming revenues per year—the MF has accumulated MOP48.7 billion since 2002. Considering only the last five years (since 2012), this amounted to MOP29.4 billion, whereas actual subsidising (excluding negligible operating costs) added up to just MOP6.2 billion, which is less than 22 percent of the Foundation’s earnings! Where is the money going, and if it is piled up out of prudence, isn’t that excessively cautious?

The ball should now be in the camp of the reporters to search for answers—let’s test the authenticity of the freedom of the press! As it was once remarked by Milan Kundera, the Czech writer who knows a thing or two about despotism, “the power of the journalist is not based on his right to ask but on his right to demand an answer.”

World Views | Apple, Amazon and Google are all pretty bulletproof 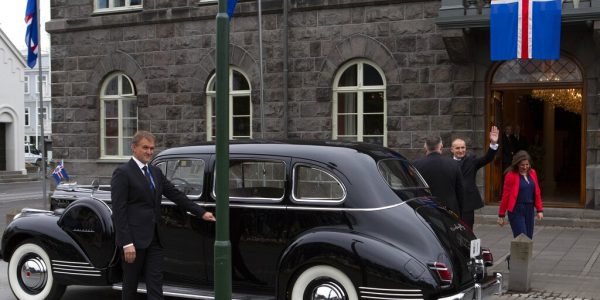