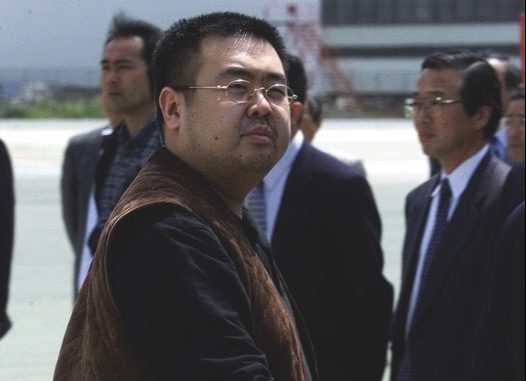 The remains of Kim Jong Nam, the deceased half-brother of North Korean despot Kim Jong Un, was released from the Kuala Lumpur Hospital yesterday, reported Malaysia’s The Sun Daily, and will repatriated to his family in Macau today.

The repatriation is thought to have been organized by the Malaysian Foreign Ministry, which is in communication with his immediate family in Macau. It will ultimately invalidate Pyongyang’s demands to have the body immediately returned to North Korea.

According to various reports, Kim’s remains were transported from the National Forensic Institute at the hospital in the early afternoon and taken to an unknown location for what was understood to be religious rites. The remains will later be brought to the MSAR, according to the reports.

Several Malaysian police officers visited the embassy yesterday morning, according to Malaysian media reports, to brief embassy officials, before transporting the body and preparing it for repatriation to Macau.

The successful entry of the authorities comes after more than a month of having police officers stationed outside the embassy.

Jong Nam was assassinated at Kuala Lumpur International Airport on February 13, poisoned with the banned VX nerve agent by two young women – one from Vietnam and the other from Indonesia – who claim to have believed they were participating in a television prank.

North Korean officials say that the man who died at the airport was Kim Chol, as per the name on the passport carried by the man, and that he died of a heart attack. Pyongyang has accused Malaysia of operating under the influence of its bitter rivals, South Korea and the U.S.

Malaysian authorities maintain that they identified Jong Nam’s body based on a DNA sample obtained from one of his children.

One of Jong Nam’s sons, the 21-year-old Kim Han Sol, is believed to be based in Macau, though some reports have speculated that he may be residing in Beijing since his father’s assassination, out of a fear for his safety.

Aside from the two young women, eight North Koreans are suspected of having some involvement in the assassination, including diplomat Hyon Kwang-song and two others who are thought be hiding in the North Korean embassy in Kuala Lumpur.